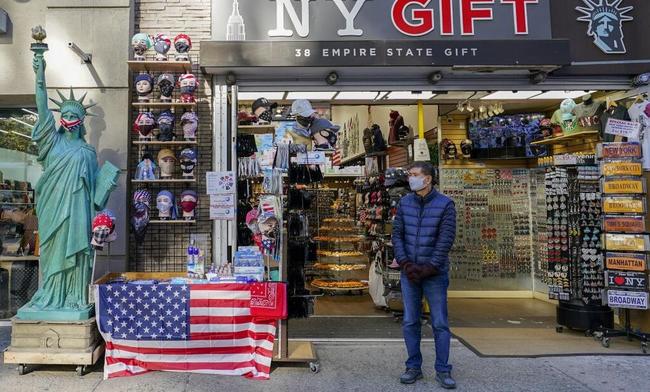 
In what should come as a surprise to no one, foot traffic in New York’s hottest business districts continues to suffer, though things have improved since the summer according to the Wall Street Journal.

Neighborhoods which were booming before the pandemic, such as Flatiron and Union Square, were crippled by lockdown restrictions, leading to a sharp dropoff in foot traffic.

Prior to the pandemic, approximately 9% of the district’s retail corridor was vacant in 2018.

A follow-up survey conducted by the NYC Department of City Planning in July revealed that the number of inactive storefronts in the district – both closed and vacant – jumped had jumped 36%, which the planning department attributed in part to a lack of both commuters and tourists.

Still, things have improved somewhat since the summer.

“It is moving in the right direction, it’s just been gradual,” said James Mettham, executive director of the Flatiron 23rd Street Partnership, who added that more businesses have reopened since the summer amid improving foot traffic.

Still, the Wall Street Journal conducted an analysis of Foursquare foot-traffic data, and found that pedestrian activity was still down across the Flatiron, Union Square and Chelsea neighborhoods vs. February before the pandemic restrictions went into effect.

While this is an improvement from a 75% drop in foot traffic in the spring, it’s still slower than several outlying areas such as Morris Park in the Bronx and New Drop on Staten Island – which saw pedestrian activity return to pre-pandemic levels by September.

“We’re still bleeding money,” said Chris Calkins, CEO of Gotham Coffee Roasters on West 19th Street. “but unless things get worse, we’re good until June.” Gotham’s sales have improved somewhat since the spring – down 60% vs. 85% earlier in the year. Calkins says he’s remained afloat through his mail-order business, federal grants and loans, and a rent reduction from his landlord of 30%.

That said, with New York governor Andrew Cuomo warning on Modnay of more potential lockdowns, we have to wonder if the slight gains made throughout NYC’s business districts will be wiped out amid what Joe Biden lovingly referred to as an impending “dark winter.”