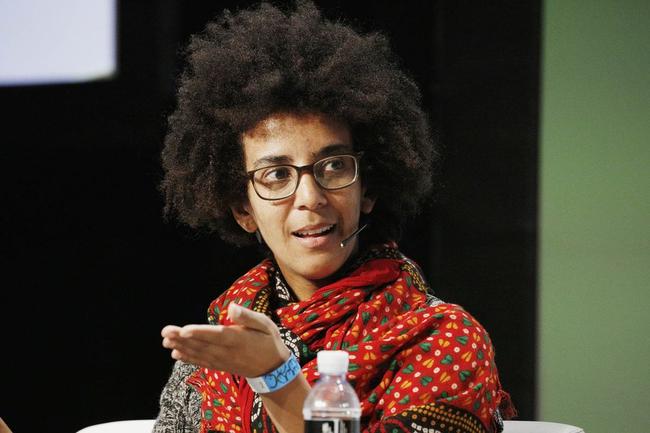 
A well-known artificial intelligence researcher at Google tweeted Wednesday that she was fired over an email expressing dismay with management over the censorship of new research.

Timnit Gebru, a technical co-lead of Google’s Ethical A.I. team, who researches algorithmic bias and data mining, has been an outspoken advocate for diversity in technology, claimed, in a series of tweets, she was fired for refusing to retract a research paper that outlines how A.I. discriminates against minorities and also due to a complaint in an email to colleagues.

Expressing her frustrations in an email to an internal company group named Google Brain Women and Allies – Gebru criticized Google’s hiring of minorities and not doing enough to promote “responsible A.I.”

The email was shared by Platformer’s Casey Newton:

I had stopped writing here as you may know, after all the micro and macro aggressions and harassments I received after posting my stories here (and then of course it started being moderated).

Recently however, I was contributing to a document that Katherine and Daphne were writing where they were dismayed by the fact that after all this talk, this org seems to have hired 14% or so women this year. Samy has hired 39% from what I understand but he has zero incentive to do this.

What I want to say is stop writing your documents because it doesn’t make a difference. The DEI OKRs that we don’t know where they come from (and are never met anyways), the random discussions, the “we need more mentorship” rather than “we need to stop the toxic environments that hinder us from progressing” the constant fighting and education at your cost, they don’t matter. Because there is zero accountability. There is no incentive to hire 39% women: your life gets worse when you start advocating for underrepresented people, you start making the other leaders upset when they don’t want to give you good ratings during calibration. There is no way more documents or more conversations will achieve anything. We just had a Black research all hands with such an emotional show of exasperation. Do you know what happened since? Silencing in the most fundamental way possible.

Have you ever heard of someone getting “feedback” on a paper through a privileged and confidential document to H.R.? Does that sound like a standard procedure to you or does it just happen to people like me who are constantly dehumanized?

Imagine this: You’ve sent a paper for feedback to 30+ researchers, you’re awaiting feedback from P.R. & Policy who you gave a heads up before you even wrote the work saying “we’re thinking of doing this”, working on a revision plan figuring out how to address different feedback from people, haven’t heard from P.R. & Policy besides them asking you for updates (in 2 months). A week before you go out on vacation, you see a meeting pop up at 4:30pm PST on your calendar (this popped up at around 2pm). No one would tell you what the meeting was about in advance. Then in that meeting your manager’s manager tells you “it has been decided” that you need to retract this paper by next week, Nov. 27, the week when almost everyone would be out (and a date which has nothing to do with the conference process). You are not worth having any conversations about this, since you are not someone whose humanity (let alone expertise recognized by journalists, governments, scientists, civic organizations such as the electronic frontiers foundation etc) is acknowledged or valued in this company.

Then, you ask for more information. What specific feedback exists? Who is it coming from? Why now? Why not before? Can you go back and forth with anyone? Can you understand what exactly is problematic and what can be changed?

And you are told after a while, that your manager can read you a privileged and confidential document and you’re not supposed to even know who contributed to this document, who wrote this feedback, what process was followed or anything. You write a detailed document discussing whatever pieces of feedback you can find, asking for questions and clarifications, and it is completely ignored. And you’re met with, once again, an order to retract the paper with no engagement whatsoever.

Then you try to engage in a conversation about how this is not acceptable and people start doing the opposite of any sort of self reflection—trying to find scapegoats to blame.

Silencing marginalized voices like this is the opposite of the NAUWU principles which we discussed. And doing this in the context of “responsible A.I.” adds so much salt to the wounds. I understand that the only things that mean anything at Google are levels, I’ve seen how my expertise has been completely dismissed. But now there’s an additional layer saying any privileged person can decide that they don’t want your paper out with zero conversation. So you’re blocked from adding your voice to the research community—your work which you do on top of the other marginalization you face here.

I’m always amazed at how people can continue to do thing after thing like this and then turn around and ask me for some sort of extra DEI work or input. This happened to me last year. I was in the middle of a potential lawsuit for which Kat Herller and I hired feminist lawyers who threatened to sue Google (which is when they backed off–before that Google lawyers were prepared to throw us under the bus and our leaders were following as instructed) and the next day I get some random “impact award.” Pure gaslighting.

So if you would like to change things, I suggest focusing on leadership accountability and thinking through what types of pressures can also be applied from the outside. For instance, I believe that the Congressional Black Caucus is the entity that started forcing tech companies to report their diversity numbers. Writing more documents and saying things over and over again will tire you out but no one will listen.

Gebru was apparently in talks with management over a possible resignation if certain conditions regarding her research paper were not met. She said those conditions, which by the way, were not stated in the public domain, were not met. The company did not give her a chance to respond with immediate termination.

“Apparently my manager’s manager sent an email my direct reports saying she accepted my resignation. I hadn’t resigned—I had asked for simple conditions first and said I would respond when I’m back from vacation. But I guess she decided for me 🙂 that’s the lawyer-speak,” she tweeted.

Apparently my manager’s manager sent an email my direct reports saying she accepted my resignation. I hadn’t resigned—I had asked for simple conditions first and said I would respond when I’m back from vacation. But I guess she decided for me 🙂 that’s the lawyer speak.

She continued: “I said here are the conditions. If you can meet them great I’ll take my name off this paper, if not then I can work on a last date. Then she sent an email to my direct reports saying she has accepted my resignation. So that is google for you folks. You saw it happen right here.”

I said here are the conditions. If you can meet them great I’ll take my name off this paper, if not then I can work on a last date. Then she sent an email to my direct reports saying she has accepted my resignation. So that is google for you folks. You saw it happen right here.

Here’s a quoted email response from Gebru’s manager about her termination:

“Thanks for making your conditions clear. We cannot agree to #1 and #2 as you are requesting. We respect your decision to leave Google as a result, and we are accepting your resignation.

“However, we believe the end of your employment should happen faster than your email reflects because certain aspects of the email you sent last night to non-management employees in the brain group reflect behavior that is inconsistent with the expectations of a Google manager.

“As a result, we are accepting your resignation immediately, effective today. We will send your final paycheck to your address in Workday. When you return from your vacation, PeopleOps will reach out to you to coordinate the return of Google devices and assets.”

In another tweet, Gebru called out Google’s A.I. chief, Jeff Dean. She said Dean is likely the one who signed off on her firing. “He didn’t like my email to a mailing list for women & allies at brain,” she added.

I would post my email here but my corp account has been cutoff. I feel bad for my teammates but for me its better to know the beast than to pretend. @negar_rz didn’t even have any idea things had escalated this quickly.

Gebru’s tweets about her termination came after the U.S. National Labor Relations Board filed a complaint against Google, accusing the company of violating labor laws.

The company was allegedly “interfering with, restraining, and coercing employees in the exercise of their rights guaranteed in Section 7 of the Act,” according to the complaint filed Tuesday.

Since Gebru’s termination, Google employees are standing in solidarity with the fired researcher due to “unprecedented research censorship,” read the website Google Walkout For Real Change.

“We call on Google Research to strengthen its commitment to research integrity and to unequivocally commit to supporting research that honors the commitments made in Google’s A.I. Principles,” the website said.

This is just the latest incident showing Google is getting too powerful.