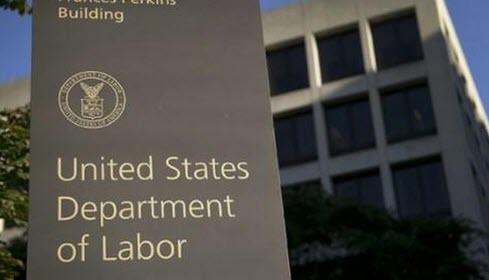 
In news that should stun no one, the Government Accountability Office has found that the Labor Department has “consistently” provided inaccurate information on the state of the labor market. The GAO also found that millions of workers were underpaid by government assistance during the pandemic.

The Labor Department’s weekly jobless claims reports have produced “flawed estimates of the number of individuals receiving benefits each week throughout the pandemic,” the GAO said, according to the Wall Street Journal. The GAO said they “didn’t know the full extent of the errors”.

At the same time, they also found that “a program created by Congress to provide jobless benefits to workers who are normally not eligible for them has underpaid recipients in most states.” The average weekly payout for the Pandemic Unemployment Assistance – used to help gig workers – was under the poverty line in 70% of states, the report noted.

This, of course, was happening at the same time government subsidies and non-existent capital market regulation have helped Elon Musk add $100 billion to his net worth this year.

The GAO report stated: “The majority of states have been paying PUA claimants the minimum allowable benefit instead of the amount they are eligible for based on prior earnings.”

Thomas Costa, acting director of the GAO’s education, workforce and income-security team, told the Journal that he didn’t have estimates of exactly how inaccurate the Labor Department’s data was. The GAO blamed inconsistent reporting for the poor data. State unemployment offices – where the Labor Department data originates – have been backlogged with applications for months.

In California, for instance, the state unemployment office reported a backlog of nearly 600,000 individuals who had applied for benefits as of Sept. 16 whose claims hadn’t been processed for more than 21 days.

PUA data collection has also been sporadic, The Journal notes:

The GAO has also said that unemployment fraud has skewed the numbers. The inaccuracies come at a time when Labor Department numbers are under intense scrutiny to gauge the country’s recovery from the pandemic.

A spokesperson for the Labor Department responded: “States count and report the compensable weeks claimed; typically this closely approximates the number of individuals filing initial or continued claims. However, given the unique challenges of the Covid virus, multiple weeks of retroactivity in the new Cares Act UI programs, and the states’ large backlogs across all programs, this approximation was less accurate than before.”

The PUA and an unemployment insurance extension are set to expire at the end of December. Talks about extending relief continue to be slow going and arduous. About 9.1 million people collected benefits under the PUA during the first week of November.

“Without an accurate accounting of the number of individuals who are relying on [unemployment insurance] and PUA benefits in as close to real-time as possible, policy makers may be challenged to respond to the crisis at hand,” the GAO concluded.