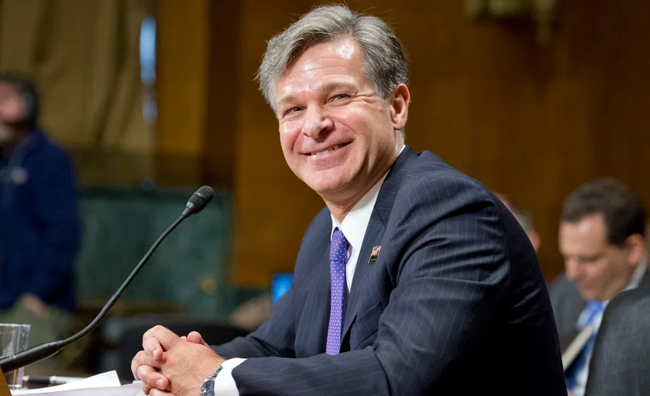 
Joe Biden plans to keep FBI Director Christopher Wray in his post if President Trump hasn’t fired him before he leaves office (should his challenges to the election fail), according to the New York Times, citing an anonymous senior Biden official ‘not authorized to speak publicly.’

And while Wray, a Republican, was technically installed by President Trump after he fired former Director James Comey (an Obama appointee), the decision to leave Wray in charge of the FBI “would be a return to the norms around FBI directors, who are confirmed by the Senate and are supposed to have 10-year terms,” according to the Times.

Wray, a Vanderbilt grad who went to Yale Law who formerly served under Comey at the DOJ, oversaw the Enron case. In 2005, he went into private practice, only to return to government service after President Trump nominated him to replace Comey.

Trump soured on Wray almost immediately – criticizing him for not moving fast enough to rid the FBI of corrupt officials installed by Comey. In October, Axios reported that Trump planned to fire Wray, along with CIA Director Gina Haspel ‘immediately’ if he were to be reelected.