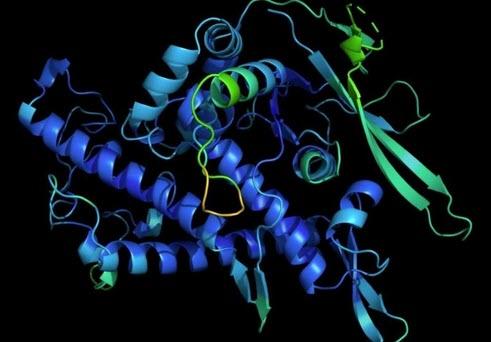 
On the day our technological AI overlords decide to finally end the human race, we will be able to tout the feather in our cap that at one point they helped us solve some of the world’s toughest mysteries.

Such was the case with a science problem that the medical and scientific community has been struggling with for more than 5 decades. The problem of “mapping the three-dimensional shapes of the proteins that are responsible for diseases from cancer to Covid-19” appears to now have a solution – thanks to AI.

Google’s Deepmind now says it has created a program called AlphaFold that can solve the mapping problems in “a matter of days”, according to a new report from The Independent. If it works as claimed, the solution will have arrived “decades” before it was expected, the piece notes.

Of the 200 million known proteins, only a small amount are understood. The task of figuring out how each individual protein works is time consuming and expensive. This development could dramatically move our understanding forward further, and faster.

DeepMind claims that “AlphaFold determined the shape of around two-thirds of the proteins with accuracy comparable to laboratory experiments.”

The 14th Community Wide Experiment on the Critical Assessment of Techniques for Protein Structure Prediction (CASP14) partnered with Google for the project. The group is comprised of scientists who have been working on a solution for protein mapping since 1994, more than 25 years.

Dr John Moult, chair of CASP14, commented: “Proteins are extremely complicated molecules, and their precise three-dimensional structure is key to the many roles they perform, for example the insulin that regulates sugar levels in our blood and the antibodies that help us fight infections.”

He continued: “Even tiny rearrangements of these vital molecules can have catastrophic effects on our health, so one of the most efficient ways to understand disease and find new treatments is to study the proteins involved. There are tens of thousands of human proteins and many billions in other species, including bacteria and viruses, but working out the shape of just one requires expensive equipment and can take years.”

Nobel Laureate and Professor Venki Ramakrishnan said: “This computational work represents a stunning advance on the protein-folding problem, a 50-year-old grand challenge in biology. It has occurred decades before many people in the field would have predicted. It will be exciting to see the many ways in which it will fundamentally change biological research.”

The next step will be submitting a paper detailing the findings for peer-review.