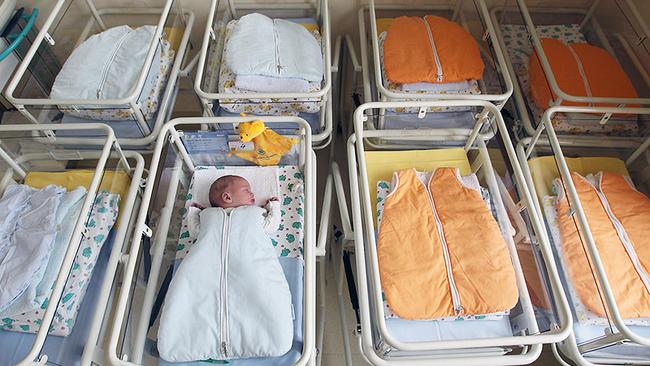 Research has concluded that the US will experience 500,000 fewer births in 2021, as couples choose not to have children because of the coronavirus fallout.

The findings by the Brookings Institute were published last week in the Wall Street Journal, which noted that there will be “between 300,000 to 500,000 fewer births in the U.S. next year, compared with a drop of 44,172 last year.”

The “analysis, partly based on what happened following the 2007-2009 recession, is that weaker job prospects equate to fewer births,” the report further notes.

“Women will have many fewer babies in the short term, and for some of them, a lower total number of children over their lifetimes,” the research, previously previewed in the Summer, noted.

The US birthrate is already at its lowest level on record, and according to clinics, there has been a 50% jump in requests for birth control since the beginning of the pandemic, and a 40% increase in requests for Plan B.

A recent survey from the Guttmacher Institute discovered that 34% of women able to have babies in the US have made a decision to either delay having a child, or to just have fewer children because of COVID.

Analysts say this will have a long and profound impact on the economy for many years to come, as the US could be falling into a so called ‘Fertility trap’ where there are fewer women around to have babies, resulting in smaller families, and low population growth reducing economic growth.

All of this results in increased pessimism and a downward spiral that is difficult to break.

It will also mean that in the near future there will be a huge mismatch between the amounts of younger and older people in the country.

Indeed, by 2034 Americans over age 65 are expected to outnumber those under 18 for the first time in the history of the nation.

Unless it is stopped now, the COVID madness, the lockdowns, the panic, the social engineering will not only causing irrevocable damage to our collective psyche, societal morale, and cultural richness, it will also destroy future prosperity and literally deny life to millions along the way.

But perhaps that was the endgame all along?