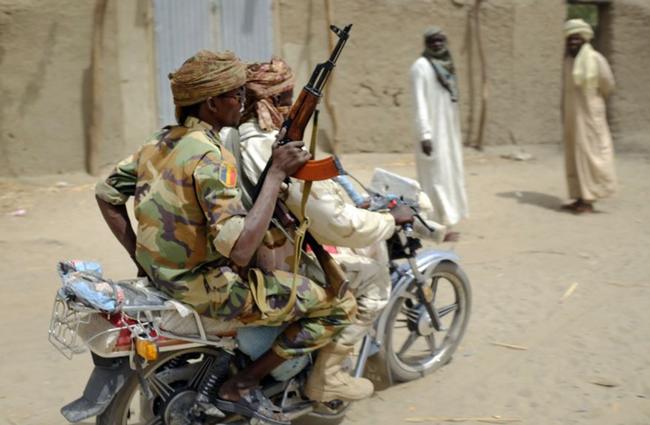 
The United Nations has called the horrific terrorist attack in Nigeria over the weekend the “most violent direct” assault on civilians this year.

Farmers that were working their fields in remote villages near Maiduguri, which is the capital of Nigeria’s Borno state – where Islamist militant faction Boko Haram has long been at war with the Nigerian government – when a large group of armed men on motorcycles swept through the area and killed everyone in sight.

It happened Saturday afternoon and began hitting international press on Sunday, when the death toll steadily climbed throughout the day as investigators went through the appalling crime scene. The death toll now stands at over 110 civilians killed.

Though there weren’t immediate claims of responsibility, Boko Haram and a related splinter group the Islamic State in West Africa Province (ISWAP), are being widely blamed by authorities.

France24 and the AP described summary executions of rice farmers:

The attack was staged Saturday in a rice field in Garin Kwashebe, a Borno community known for rice farming, on the day residents of the state were casting votes for the first time in 13 years to elect local government councils, though many didn’t go to cast their ballots.

The farmers were reportedly rounded up and summarily killed by armed insurgents.

Malam Zabarmari, a leader of a rice farmers association in Borno state, confirmed the massacre to The Associated Press.

“Armed men on motorcycles led a brutal attack on civilian men and women who were harvesting their fields,” a statement from the local UN humanitarian office said.

“At least 110 civilians were ruthlessly killed and many others were wounded in this attack,” it added. There are also reports that woman were kidnapped from the village during the raid.

“The incident is the most violent direct attack against innocent civilians this year. I call for the perpetrators of this heinous and senseless act to be brought to justice,” UN representative Edward Kallon said.

Boko Haram has in recent years been known to use motorcycles to gain quick entry to cities and villages to carry out terror attacks. The Nigerian Army has responded with their own motorcycle units to more swiftly and effectively hunt down the terrorists, especially in remote country roads.