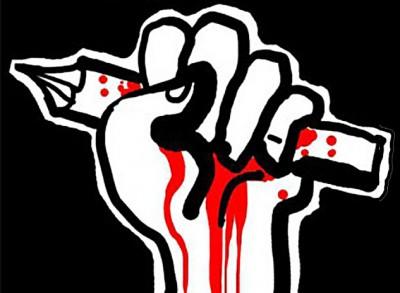 The British government has been accused of running an ‘Orwellian’ unit in Michael Gove’s office that instructs Whitehall departments on how to respond to Freedom of Information requests and shares personal information about journalists, openDemocracy can reveal today.

Experts warn that the practice could be breaking the law – and openDemocracy is now working with the law firm Leigh Day on a legal bid to force Gove’s Cabinet Office to reveal full details of how its secretive ‘Clearing House’ unit operates.

Freedom of Information (FOI) requests are supposed to be ‘applicant-blind’: meaning who makes the request should not matter. But it now emerges that government departments and non-departmental public bodies have been referring ‘sensitive’ FOI requests from journalists and researchers to the Clearing House in Gove’s department in a move described by a shadow cabinet minister as “blacklisting”.

This secretive FOI unit gives advice to other departments “to protect sensitive information”, and collates lists of journalists with details about their work. These lists have included journalists from openDemocracy, The Guardian, The Times, the BBC, and many more, as well as researchers from Privacy International and Big Brother Watch and elsewhere.

The unit has also signed off on FOI responses from other Whitehall departments – effectively centralising control within Gove’s office over what information is released to the public.

Conservative MP David Davis called on government ministers to “explain to the House of Commons precisely why they continue” with a Clearing House operation that is “certainly against the spirit of that Act – and probably the letter, too.”

“This is extremely troubling. If the cabinet office is interfering in FOI requests and seeking to work around the requirements of the Act by blacklisting journalists, it is a grave threat to our values and transparency in our democracy.”

Details of the Clearing House are revealed in a new report on Freedom of Information published today by openDemocracy.

‘Art of Darkness’ finds that the UK government has granted fewer and rejected more FOI requests than ever before – with standards falling particularly sharply in the most important Whitehall departments.

The Clearing House circulates a daily list of FOI requests to up to 70 departments and public bodies that contains details of all requests that it is advising on. This list covers FOI requests about “sensitive subjects” as well as ‘round robin’ requests made to multiple government departments.

Press freedom campaigners have sharply criticised the Clearing House operation and have called for full transparency.

“The existence of this clearing house in the Cabinet Office is positively Orwellian. It poses serious questions about the government’s approach to access to information, its attitude to the public’s right to know and the collation of journalists’ personal information.”

Jon Baines, a data protection expert at the law firm Mischon de Reya and chair of the National Association of Data Protection Officers, said that he was “far from assured that the operation of the Clearing House complies with data protection law.”

“Data protection law requires, as a basic principle, that personal data be processed fairly and in a transparent manner – on the evidence that I have seen, I do not feel that the Clearing House meets these requirements,” Baines added.

‘Art of Darkness’: the worst offenders

The new report published by openDemocracy paints a disturbing picture of the state of Freedom of Information in Britain.

In 2019, central UK government departments granted fewer and rejected more FOI requests than ever before. In the last five years, the Cabinet Office – as well as the Treasury, Foreign Office and Home Office – have all withheld more requests than they granted, according to the report.

The Cabinet Office – which is the government department responsible for Freedom of Information policy – has one of the worst records on access to information. Last year, Michael Gove’s department was the branch of Whitehall most likely to have its decisions referred to the Information Commissioner’s Office, which regulates information rights in the UK.

New analysis by openDemocracy also shows that some public bodies are cynically undermining requests for information by failing to respond to requests in any way – a tactic described in openDemocracy’s report as ‘stonewalling’. Decision Notices, which are issued by the Information Commissioner’s Office (ICO) about stonewalling, have increased by 70 per cent in the last five years. Again, the Cabinet Office is a repeat offender.

The study reveals that the ICO fully or partially upheld complaints about mishandled requests in 48 per cent of its Decision Notices last year: the highest proportion in five years.

Yet the ICO’s capacity to investigate complaints and enforce the Act is diminishing. The regulator has seen its budget cut by 41 per cent over the last decade, while its complaint caseload has increased by 46 per cent in the same period.

The ICO’s enforcement may also be hampered by its governance structure – under which it is accountable on FOI to the Cabinet Office. Michael Gove’s department also is involved in setting the ICO’s annual budget.

Responding to openDemocracy’s questions about the Clearing House, a government spokesperson said:

“The Cabinet Office plays an important role through the FOI Clearing House of ensuring there is a standard approach across government in the way we consider and respond to requests.

“With increasing transparency, we receive increasingly more complex requests under Freedom of Information. We must balance the public need to make information available with our duty to protect sensitive information and ensure national security.”

‘Jenna Corderoy is a journalist’

openDemocracy has had first hand experience of how the Clearing House slows down or obstructs FOI requests, and profiles journalists, on a number of different occasions.

In February 2020, openDemocracy journalist Jenna Corderoy sent an FOI request to the Ministry of Defence about meetings with short-lived special advisor Andrew Sabisky. The MoD subsequently complained internally that “due to the time spent in getting an approval from Clearing House, the FOI requestor has put in a complaint to [the FOI regulator] the ICO”.

The MoD refused the Sabisky request after 196 days, which is more than six times the normal limit for responding to an FOI request.

Separately, when Corderoy sent a Freedom of Information request to the Attorney General’s Office, staff at the office wrote in internal emails:

Today’s findings on the operation of the Clearing House add to mounting questions about the British government’s approach to transparency and press freedom.

Earlier this year, Number 10 was heavily criticised after it barred openDemocracy from COVID press briefings. The Ministry of Defence was also subsequently accused of ‘blacklisting’ DeclassifiedUK after the department refused to provide comment to the investigative website.

“We’re appalled that such important information rights have been so disrespected by the government. The centralisation of difficult FOIs, the secrecy of this list and the fact that our names have been circulated around Whitehall is seriously chilling. This is a shameful reflection on the government’s attitude towards transparency.”

openDemocracy first asked for copies of the Clearing House lists back in 2018. The Cabinet Office refused this Freedom of Information request but, 23 months later, in July 2020 the ICO finally decided that the lists – including the advice that the Cabinet Office provides on dealing with FOI requests – should be disclosed to the public.

While the Cabinet Office eventually disclosed some material from the Clearing House list, it is keeping its advice to departments secret and is appealing against the ICO’s decision.

openDemocracy, represented by the law firm Leigh Day, will now be submitting evidence to an information tribunal hearing to determine whether this information about the Clearing House should be made public.

According to ICO guidance, a public authority can only look up a requester’s identity if the request is repeated – potentially a vexatious request – or whether the cost of two or more requests made by the requester can be aggregated under FOI.

The Clearing House was initially housed within the then Department for Constitutional Affairs then later moved to the Ministry of Justice. In 2015, when the Cabinet Office took responsibility for freedom of information policy, the department also took over the Clearing House, despite concerns about its operation.

The Cabinet Office has previously advertised roles to work in the Cabinet Office’s Clearing House. Specific responsibilities listed for the positions included “creating a weekly FOI tracker of new cases and releases”, and “forwarding drafts for clearance, reverting to departments with advice and negotiating redrafted responses”.

But openDemocracy’s findings – and the upcoming tribunal case – have highlighted fresh and pressing concerns, including among rights advocates who campaigned for the initial, groundbreaking Freedom of Information legislation more than 15 years ago. The Campaign for Freedom of Information’s Katherine Gundersen has said: “It’s time the clearing house was subjected to proper scrutiny.”

Meanwhile Gavin Freeguard, head of data and transparency at the Institute for Government, said that, 15 years after the Freedom of Information act came into effect, it was not right that the public was still having to fight to access information.

“With delayed responses, more requests being rejected than ever before and these reports of a Clearing House it feels like we’re having to fight for the right to information all over again,” said Freeguard.

“And all this at a time when it’s vital for politicians, the press and the public to be able to scrutinise government.”

The Cabinet Office organises quarterly engagement meetings and biannual information rights forums with other government departments. openDemocracy sent an FOI requesting materials from these meetings and forums, but the request was denied.