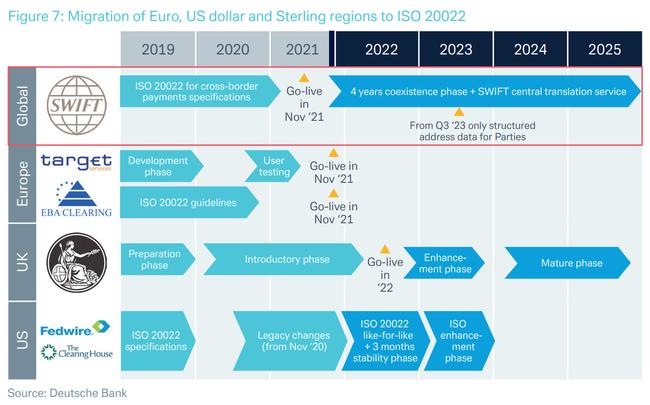 
Back in 2009, when the Fed first launched QE, a majority of traders and strategists were convinced that the Fed would spark an inflationary inferno as a result of the hundreds of billions of dollars (back then, that was a big number) of liquidity injected into markets and which – using the Weimar Republic as an example – consensus expected would find their way to the broader economy triggering sharply higher prices as a result of global currency devaluation.

And while one part of this forecast turned out to be true, with asset prices indeed hyperinflating in the subsequent decade, the flood of central bank reserves did little to boost benign broader economy inflation, i.e., wages.

It’s also why a decade later, with central banks now injecting a berserk $300BN each month, the 10Y continues to trade well below 1% – the simple reason is that having failed to spark broader inflation, the market is convinced that nothing the Fed and its central bank peers do can change this default dynamic.

But if consensus was dead wrong about the economic outcome of the first QE back in 2009, could consensus be just as wrong now, and with most expecting deflation no matter how big the QE, could central banks finally “succeed” in sparking runaway inflation?

The answer is yes and it will come in the form of digital currencies which we – and DoubleLine – have discussed extensively in the past year, which while the biggest economic and financial story of the year by far, has been successfully drowned in the noise surrounding covid and the US presidential election.

But before we get into the specifics of how, here is another take on why, courtesy of BofA Chief Investment Officer Michael Hartnett, who believes that the key theme of the next decade will be “Dollar Debasement & Digital Currencies”, to wit:

2020 saw $21tn of global fiscal and monetary stimulus. The US federal deficit skyrocketed to 25% of GDP, second only to WWII (27%). Global debt is expected to hit $277tn or 365% of GDP by year end, an all-time high while global interest rates are at their lowest level in 5,000 years. In the coming decade, loss of central bank independence, shift towards digital currencies as conduits for policy (UBI, “helicopter drops”, student debt forgiveness), introduction of Yield Curve Control & stealth Modern Monetary Theory, the end of era of “financial engineering” and considerable public sector deficits are all reasons we think the US will find it tougher to finance current account surpluses in coming years…the dollar likely will decline, bullish for commodities & EM.

But while all that sounds great in theory, the real question as always is how does it work in practice.

The answer, as so often happens when it comes to financial experimentation, comes from China which is the most advanced nation in the development and rollout of digital currencies. Culminating a monetary revolution process that has been 6 years in the making, China started ramping up trials with the digital yuan last April, when it ran a pilot program that reportedly included US companies like McDonald’s and Subway…

… and then in October, China launched one of the biggest real-world trials for its digital currency, when the government in Shenzhen carried out a lottery to give away a total of 10 million yuan (about $1.5 million) worth of the digital currency. Nearly 2 million people applied and 50,000 people actually won.

The winners are required to download a digital Renminbi app in order to receive a “red packet” worth 200 digital yuan ($30), which they can then spend at over 3,000 designated retailers in Shenzhen’s Luohu district, according to China Daily. After that, they’ll be able to buy goods from local pharmacies, supermarkets and even Walmart.

The idea was to not only test the technology involved, but boost consumer spending in the wake of the COVID-19 pandemic. In short, China is not only subsidizing the centrally-planned economy by manipulating the supply-side of the question- it now can prop up demand by handing out digital currency to anyone (or everyone).

Of course, unlike traditional central bank account-based currencies such as reserves, or decentralized cryptocurrencies like bitcoin, China’s digital currency would be controlled by the country’s central bank and will be instantly made available at a moment’s notice to anyone who can receive it.

China’s adoption of digital central bank tokens is expected to be seamless as most of the nation’s digital payments already pass through companies like TenCent and AliPay and are already very popular in the country.

The successful Shenzhen test means that a broad rollout is just a matter of time.

Needless to say, without any consumer-facing liability – it’s not a loan or a debt – the propensity to spend the digital currency is virtually instant and without limitation. After all, it’s money that the central bank (in this case PBOC) created out of thin air and has handed out to whoever it so chooses – a form of massive universal basic income or unprecedented population subsidy – in hopes of sparking higher prices.

Consider it a way for central banks to atone for the fact that their policies were unable to boost wages in the past decade; instead, they will now simply hand out money with little regard for the consequences, as long as the consequences are sufficiently reflationary they allow some of the global massive debt tsunami which is now at $277 trillion, or 365% of GDP, to be inflated away.

Finally timing: according to tentative estimates for the rollout of ISO 20022, which is the required universal transaction standard which will make payment in digital currencies possible, we are looking at a 2022 launch date.