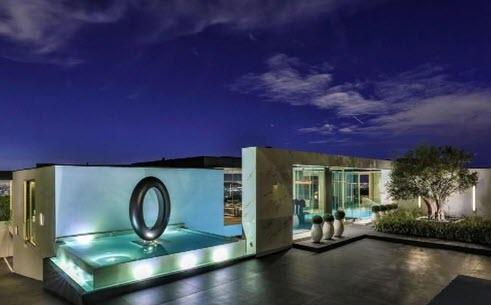 A famous L.A. mansion called “Opus” that was once listed for $100 million and has been on the market for over three years has finally sold – at a more than 50% haircut.

The 20,000 square foot mansion sold for $48.4 million this week, furniture included, according to Bloomberg. It is also the latest canary in the luxury real estate coal mine, selling for a large discount during a pandemic which has seen foreign buyers dry up and an exodus from city areas.

Additionally, as we have noted this year, California is seeing an outflow of residents as poor state management, higher taxes and more government are driving citizens to tax havens like Florida and Texas.

Jonathan Miller, president of appraiser Miller Samuel told Bloomberg of the original price tag: “It was never worth that to begin with. High-end properties are moving, but they’re not moving for prices that are disconnected from the market.”

The house sports 7 bedrooms and 11 bathrooms, and was custom built by movie producer turned real estate developer (of course) Nile Niami. He first tried to sell the house “with a PR campaign involving a hyper-sexualized video of mostly-naked women in different parts of the house, including one shot of four women slathered in gold paint posing around a golden Lamborghini”.

When that didn’t work, we guess he ran out of ideas and simply decided to start cutting the price 3 years ago.

Niami is currently developing a $500 million private residence called “The One” that has 4 swimming pools, a nightclub and a bowling alley. We can’t prove it, but we’re sure this insanity is somehow Neel Kashkari’s fault. Niami says he won’t budge on the $500 million price tag.

Umansky said of the project: “He just won’t listen to the market. If he would just sell and not try to hit a grand slam on every deal, he would be great.”

The lack of a bid in general is isolated to speculative luxury homes over $100 million, the article notes (we can’t imagine why). The rest of the real estate market has been showing signs of lack of supply, mirroring demand nationally in places like South Florida, the Hamptons and Greenwich, Connecticut.

While the bid/ask spread on real estate has narrowed, some celebrity real estate sales have seen their prices drop. Lori Loughlin, before heading to jail, sold her Bel Air mansion for almost 50% less than the $35 million she was asking. Ellen DeGeneres and Portia de Rossi also recently sold their home for $33.3 million after it was originally listed at $40 million.