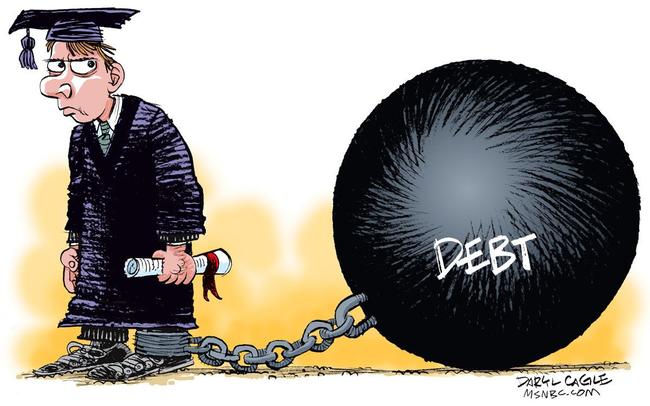 
The widely respected Initiative on Global Markets is a research center at the University of Chicago Booth School of Business that’s well known for weekly polls “it conducts of its Economics Experts Panel, a panel of 51 leading economists in United States universities.”

Last week, they posed several questions about student loan forgiveness. The group of experts seemed to widely agree that paying off student debt is likely a net regressive idea that won’t nearly be as fruitful as many on the left claim.

They first asked whether or not paying off student loans would be net regressive. All answers ranged from “Uncertain” to “Strongly Agree” with 0% of respondents answering that they disagreed or strongly disagreed.

David Autor, Ford Professor of Economics at MIT, said: “Alongside my kids’ student loans, I’d like the government to pay off my mortgage. If the latter idea shocks you, the first one should too.”

Anil Kashyap, Professor of Economics in Chicago, said of the second question: “Depends on the threshold and the limit, but chosen carefully this could be progressive. There are still major fairness issues with this idea.”

They were then asked whether or not paying off the loans could be progressive if the government is limited in the amount of debt they issue, and if the payoffs are directed to borrowers below certain income levels. 86% of the group either “Agreed” or “Strongly Agreed” that this type of nuance in distributing the assistance would be progressive.

On the second question, Autor commented: “This could create terrible incentives, both for labor supply and (bad) educational investments. Proceed with great caution.”

Finally, the group was asked whether suspending payments on student loans would help the recovery more than helicopter money. 49% of the group disagreed, while 40% said they were uncertain.

Survey participant Ray Fair, Professor, Cowles Foundation, Department of Economics at Yale, said of all of the questions: “It depends on how the government debt will eventually be paid off.”

The IGM, per its website, “brings together policymakers, financial leaders, and top scholars from Chicago Booth and beyond to examine key issues facing the global economy and international business. By facilitating the exchange of ideas, IGM helps improve financial and economic decision-making around the world.”

You can view the survey results in more detail and the list of participants in the poll here.