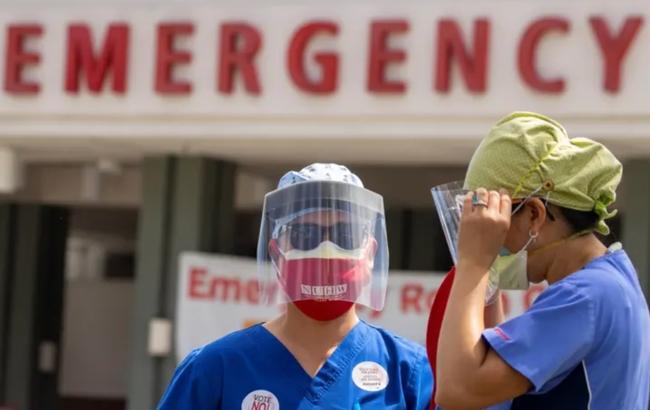 Update (1330ET): Markets have just closed in the US for the post-Thanksgiving holiday, but in addition to the latest case numbers out of the states, we’re also getting some more news out of Europe on This slow Friday.

Belgium will maintain its evening curfew even on New Year’s Eve, officials said, a decision that will stoke even more anger among citizens.

In Ireland, most pubs will need to remain closed, according to Ireland PM Micheál Martin.

As the WHO prepares to send another team of scientists to China, WHO Dr. Mike Ryan told a virtual press briefing in Geneva that “it’s highly speculative for us to say that the disease did not emerge in China,” Ryan said. “It is clear from a public health perspective that you start your investigations where the human cases first emerged.” Ryan also acknowledged that investigating the topic is a sensitive issue for China.

Finally, Thailand signed a $200 million deal to lock in supplies of 26 million doses of a trial coronavirus vaccine being developed by AstraZeneca and Oxford University. It is expected to be delivered in mid-2021, now that the company is working on launching a new global study that could significantly delay the timeline for when the AstraZeneca vaccine could hit the market. The doses would cover 13 million people in a population of about 69 million. Now Thailand, Malaysia and Philippines have signed deals to secure COVID-19 vaccines.

Thanksgiving has come and gone, and as Americans wait to see whether COVID cases, hospitalizations and deaths surge, the trend so far has seen cases and deaths decline day over day, surprising many experts.

The most notable numbers recorded on Thanksgiving were related to hospitalizations across the US, which showed that the number of COVID beds occupied has surpassed 90k, the highest tally of serious COVID-19-linked infections since the pandemic started 11 months ago. The exact number, according to the COVID Tracking Project (whose chart is cited above) is 90,481 patients hospitalized. It’s a record-breaking number for the 17th day in a row.

Of those, 17,802 patients are in the ICU, which is the highest amount documented during the pandemic. A total of 5,979 patients were on ventilators at last count. Still, the US confirmed 125,082 new cases on Thanksgiving, a slight dip from 150k+ new cases reported ever day since Nov. 16. Several states also either broke records or got close to breaking records for the most cases documented in a single day; Pennsylvania and Massachusetts reached new highs with 8,425 and 3,395 new cases on Thursday.

Meanwhile, over in the UK, where Prime Minister Boris Johnson announced the end of England’s nationwide lockdown the other day, the PM warned Britons not to start slacking because the UK still has “long months ahead” in the fight. According to BoJo, London will be placed in Tier 2, avoiding the toughest rules as of Dec. 2 and allowing pubs, restaurants and bars to open, but restricting alcohol to being served as part of a meal. Cities including Birmingham and Manchester were placed in the toughest tier 3, in which pubs and restaurants must close except for takeaway. Households will not be allowed to mix indoors in either tier.

“What we want to avoid is relaxing now too much, you know, taking our foot off the throat of the beast now,” Johnson said in a televised press conference Thursday. “There is a substantial relaxation across all tiers but we’re not abandoning the fight yet, of course not, because we still, as I say, have long months ahead.”

Globally, the number of confirmed cases topped 61 million according to Johns Hopkins, while 1,435,374 deaths have been recorded around the world.

Here’s a rundown of more COVID-19 news from Friday morning and overnight:

Business travelers going from China to Japan will be required to isolate themselves for two weeks after returning to China, under guidelines set to take effect Monday (Source: Nikkei).

Malaysia has a deal to buy 12.8 million doses of Pfizer’s COVID-19 vaccine, becoming the first Southeast Asian nation to secure a supply of a shot that, while reportedly 95% effective, requires ultra-cold storage to distribute, Reuters reports (Source: Nikkei).

Five COVID-19 patients were killed in a fire earlier today at a hospital in the Indian city of Rajkot, in Prime Minister Narendra Modi’s home state of Gujarat. The blaze in the coronavirus ward is believed to have been caused by a short circuit (Source: Nkkei).

Indonesia reports a new record high with 5,828 new infections in the past 24 hours, and its deadliest day since the beginning of the pandemic with 169 deaths. Cases reach 522,581 in total, including 16,521 fatalities (Source: Nikkei).