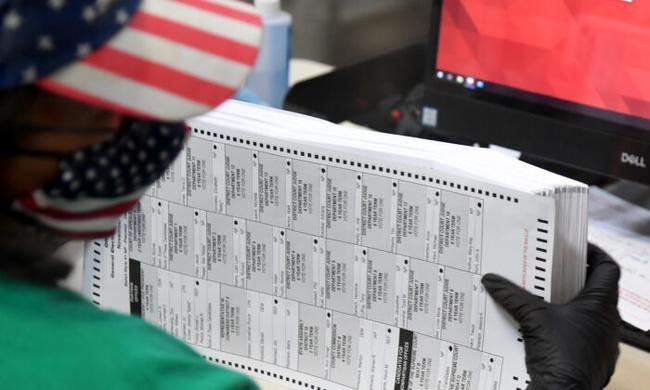 
Update (1430ET): The defendants have filed a notice of appeal, while Pennsylvania Attorney General Shapiro said in a statement that “This order does not impact yesterday’s appointment of electors.”

“This order does not impact yesterday’s appointment of electors.”

Authored by Ivan Pentchoukov via the Epoch Times  (Updated 1240ET)

A Pennsylvania judge on Wednesday ordered state officials to not certify the results of the 2020 election until her court holds a hearing on an election contest on Friday.

NEWS: Pennsylvania judge blocks state from certifying election results in presidential and all other races.@EpochTimes

“To the extent that there remains any further action to perfect the certification of the results of the 2020 General Election for the offices of President and Vice President of the United States of America, respondents are preliminarily enjoined from doing so, pending an evidentiary hearing to be held on Friday,” the judge wrote in her order (pdf).

“Respondents are preliminarily enjoined from certifying the remaining results of the election, pending the evidentiary hearing.”

McCullough is presiding over a lawsuit brought by Republican lawmakers and candidates against the Commonwealth of Pennsylvania, Gov. Tom Wolf (D), Secretary of State Kathy Boockvar, and the Pennsylvania General Assembly.

The plaintiffs alleged that Pennsylvania’s vote-by-mail stature—Act 77—is in violation of the state’s constitution.

“Act 77 is the most expansive and fundamental change to the Pennsylvania voting code, implemented illegally, to date,” the lawsuit, filed in the Commonwealth Court of Pennsylvania, states.

“As with prior historical attempts to illegally expand mail-in voting by statute, which have been struck down going as far back as the Military Absentee Ballot Act of 1839, Act 77 is another illegal attempt to override the limitations on absentee voting prescribed in the Pennsylvania Constitution, without first following the necessary procedure to amend the constitution to allow for the expansion.”

This is a *major* development.🔻https://t.co/k43POL0qHw

“Republican Congressman Mike Kelly has filed a new frivolous lawsuit in Pennsylvania seeking to block the state from certifying the election results and having the state legislature choose electors,” Elias wrote on Twitter on Nov. 21. “This is absolutely shameful.”

President Donald Trump responded to Elias, writing: “This is not at all frivolous. It is brought on behalf of one of the most respected members of the United States Congress who is disgusted, like so many others, by an Election that is a fraudulent mess. Fake ballots, dead people voting, no Republican Poll Watchers allowed, & more!”

Trump supporters lining the streets in Gettysburg ahead of today’s hearing pic.twitter.com/gDAOivanUK

Pennsylvania Gov. Tom Wolf, a Democrat, signed Act 77 into law on Oct. 31, 2019. Eight of the nine sponsors of the bill in the Pennsylvania Senate were Republicans.

Update: There appears to be some confusion as to what exactly the judge’s order applies to.

Not quite. Judge’s order enjoins certification only “to the extent there remains any further action” needed to certify Biden/Harris victory. Pennsylvania completed its certification yesterday, and the governor signed ascertainment of electors for Biden/Harris. https://t.co/s5XHOkY484