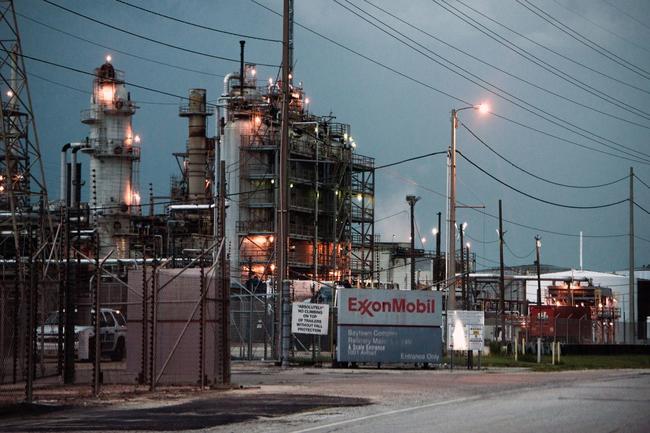 
Despite having staged a solid rebound from cyclical lows hit just a few weeks ago, as its stock surged by almost a third on the back of a dramatic jump in the price of oil, oil giant Exxon is turning increasingly pessimistic on the future of oil price, and according to internal documents seen by the WSJ, the company has lowered its outlook on oil prices for much of the next decade. As part of its internal financial-planning process conducted this fall, Exxon cut its expectations for future oil prices for each of the next seven years by 11% to 17%.

As the Journal notes, the sizable reduction suggests the Texas oil giant expects the fallout from the coronavirus pandemic to persists for much of the next decade. The projected price drop also comes as the fossil-fuel industry is contending with increased competition from renewable-energy sources and electric vehicles, as well as the prospect of increased climate-change regulation around the world not to mention a Joe Biden administration that is openly hostile to fossil fuels.

Brent is currently trading above $48 a barrel after a jump in prices this week that has brought prices back to their highest levels since spring.

With the price of oil a key variable for Exxon’s cash flow models, and thus expectations that the company can sustain its remarkable dividend which a few weeks ago had a yield of over 10% amid expectations it would be cut, the company’s new price forecast was used at an early stage of modeling its financial plan, which the company’s board was set to vote on this month, according to an Exxon executive. An Exxon spokesman declined to tell the WSJ what its current price projections are, saying that the company uses a range of prices to develop its business plans, although the company has sounded upbeat in public statements about the long-term future for the oil industry coming out of the pandemic.

Years of lower oil prices have put substantial financial pressure on Exxon, which has posted three straight quarterly losses this year for the first time on record, and before the pandemic was in the midst of a plan to spend $230 billion to pump an additional one million barrels of oil and natural gas a day by 2025.

According to Exxon, the self-correcting oil market will soon find itself in a supply shortage: the company told investors in October that current underinvestment in oil and gas production would leave the world short of needed fossil fuels in coming years. In a recent note on its website, CEO Darren Woods called the industry’s woes temporary and said that the need for Exxon’s products would increase in the near future.

“Even accounting for the short-term demand impact of Covid-19, the investment case is still clear,” Mr. Woods wrote.

The good news for the company’s investors – who have seen the value of their XOM stock plunge by over 50% this year, is that so far Exxon hasn’t even made the slightest suggestion it would be cutting its dividend. Stephen Littleton, Exxon’s head of investor relations, said Exxon evaluates capital investment over a decadeslong time horizon, and that the coronavirus hadn’t changed its long-term view. Exxon hasn’t canceled any projects because of the pandemic, only delayed them, he said.

“The fundamentals haven’t changed; the only thing that has changed is timing, because we know populations and prosperity will increase,” Mr. Littleton said in an interview.

Still, it is a fact that Exxon is struggling to cover its dividend of $15 billion a year at current oil prices, taking on debt this year to do so. So far it has maintained the payout, unlike rivals including Royal Dutch Shell PLC and BP PLC, which have cut their dividends amid this year’s cash crunch.

The company cut $10 billion from its capital expenditures after the pandemic took hold and has said it could lay off as much as 15% of its global workforce, which would total about 14,000 jobs including contract employees. Exxon also said it would reduce its capital budget to between $16 billion and $19 billion next year. Even with those cuts, Exxon would need oil prices to be between $55 and $65 a barrel in 2021 to cover its capital expenses and dividend, according to analysts estimates.

In response to investor concerns, Woods told investors in March that Exxon had stressed-tested a range of commodity prices, including low-price scenarios. If oil prices were to remain around $50 a barrel for years, a scenario Mr. Woods then called unlikely, Exxon’s debt levels would still be manageable.