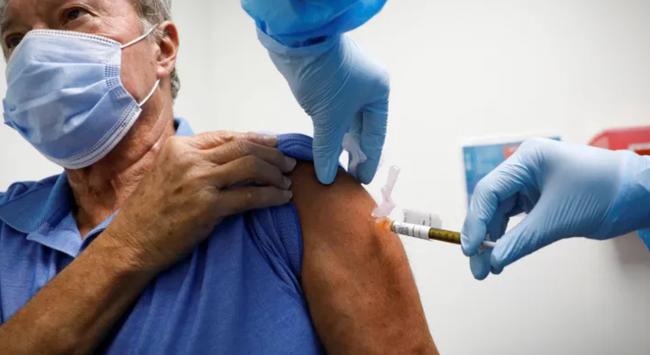 
Fevers, sweats, migraines and muscle aches that last for days – these are just some of the symptoms reported by various ‘Phase 3’ trial participants who volunteered for the vaccine trials run by Pfizer, Moderna and others. Though AstraZeneca noted in its preliminary results that its vaccine (which uses the more traditional adenovirus vector) seemed to produce side effects that are less severe than some of its competitors.

As scientists try to ensure the US reaches a 70%+ vaccination rate (the cut-off point at which herd immunity is believed to kick in) a group of doctors just warned that public health officials and drugmakers need to be “transparent” with patients about the potential side effects of vaccination, and ensure precautions are taken to ensure patients don’t skip their follow-up visit.

This is a top concern for Dr. Sandra Fryhofer of the American Medical Association, who warned that the side effects might deter many of her patients from receiving the follow-up shot. Dr. Fryhofer expressed her concerns during a virtual meeting on Monday with the CDC and representatives from various vaccine makers

“We really need to make patients aware that this is not going to be a walk in the park,” Fryhofer said during a virtual meeting with the Advisory Committee on Immunization Practices, or ACIP, an outside group of medical experts that advise the CDC. She is also a liaison to the committee. “They are going to know they had a vaccine. They are probably not going to feel wonderful. But they’ve got to come back for that second dose.”

During the meeting on Monday, Dr. Nancy Messonnier, director of the CDC’s National Center for Immunization and Respiratory Diseases who frequently participated in CDC press briefings during the early days of the outbreak, said the agency would work to develop guidance if a health-care worker got a vaccine and then felt unwell the following day, since this could “impact planning on a hospital level in terms of which staff gets vaccinated which day?” she said.

Beyond ensuring hospitals aren’t left in the lurch because they decided to vaccinate their entire staff at the same time, the doctors also discussed a novel strategy: using “positive” language to talk about the sideeffects. One example would be referring to side effects as a “response” to the vaccine.

Of course that won’t actually do anything to mitigate the side effects.

As one might expect, some patients who participated in the study actually got upset when they didn’t experience severe side effects post-vaccination, believing it was a sign they had received the placebo not the actual vaccine.

The doctors apparently brought in a anonymous North Carolina woman who participated in the Moderna study. “If this proves to work, people are going to have to toughen up,” she said. “The first dose is no big deal. And then the second dose will definitely put you down for the day for sure…You will need to take a day off after the second dose.”

Still, missing one day of work is certainly preferable to missing 14 days, which, as one doctor noted, is an “enormous” amount of time.