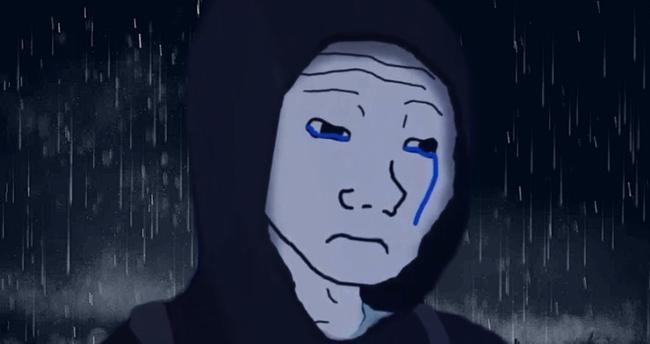 Yesterday, I expended considerable time and effort to write about “The Great Reset,” a leftist movement that imagines a brave new leftist world built around climate purity and socialist economic principles, with wise elites governing the masses.  If I’d waited a day, I could have just shown you Paul Joseph Watson’s latest video – “They think you’re stupid” – which covers “The Great Reset” and the “Great Cover-Up about the Great Reset.”

If you’re debating whether to spend time to watch the video (at the end of this post), let me tell you a bit about it.  Watson doesn’t stop with just the Great Reset that I’d described.  Along the way, Watson torches just about everything that the elites are raining down on the masses, all courtesy of the extremely beneficial Wuhan virus.

Sure, the virus killed people (although I think it’s clear that, at least in America, mortality numbers have been inflated for political ends).  But for the left, the virus has been an extraordinary blessing, allowing leftists to exert unimagined control over people, enrich themselves, and shift large sections of America into the government dependency category.

Watson hasn’t missed the fact that, while we’re being locked down and bankrupted, the rich are behaving just as they always do.  Masks?  Pfeh!  Masks are for the little people.  The same goes for social distancing.

And why shouldn’t our elites shut down religious holidays and the consolations of worship?  For them, the fact that Judaism and Christianity give a strong moral fabric to Western society is an inconvenience.  Of course, it’s different when it comes to leftist rallies.  Americans need those — or at least that’s what the world’s elite are telling us.

Watson spares a moment to remind us that the leaders reveling in the benefits flowing to them from the Wuhan virus are becoming increasingly punitive as to those people who protest the loss of their rapidly diminishing liberties.  You’d better be creative if you want to hug Granny, because the government thinks it’s a bad idea.

Meanwhile, the media, both at home and abroad, no longer make any effort to investigate the powerful or to learn more about events around the world.  Whether in America, England, or elsewhere, the media exist solely as propaganda arms for the globalist elites.  Even ostensibly conservative institutions, whether Fox News or activist groups, are getting in on the act.

Watson wraps up by reminding the “resistance” that they too were used by the monoparty elites.  The Biden administration, should it come to pass, is every bit as committed to corporatism as any other modern administration (except for Trump’s, of course).

What’s clear is that this New Age socialism is not Karl Marx’s socialism.  Marx envisioned the world’s exploited workers breaking down national barriers and uniting to create a world defined by common ownership of the means of production for the benefit of the people.  In this scenario, it’s the elite — the educated and the plutocrats — who get re-educated or executed.  This vision has failed everywhere it’s been tried and this failure has always been accompanied by endless pain and death.

What we’re experiencing now is Woodrow Wilson’s socialism: Wilson’s shtick was that the elite (i.e., the rich and educated) should rule the world.  The elite would use their superior knowledge and intelligence to improve the lives of the little people in ways beyond the people’s abilities and imaginations.  (It’s always about re-imagining things.)

One of the early progressives’ “superior” ideas was eugenics.  Blacks were inferior, although they were useful for doing the elite’s dirty work.  Mostly, though, abortion and breeding programs would purify the nation.  The Nazis found Wilsonian Progressives inspirational.

Wilson also came up with the “bass-ackwards” idea that America should never use her military for something as crass as her own defense.  Instead, the American people should expend their blood and gold to “make the world safe for Democracy.”  The Obama administration embraced this notion under the rubric of U.N. ambassador Samantha Power’s “Responsibility to Protect.”

Watson’s video may make you see red, but it’s worth watching.  As always, his videos come with a language warning.