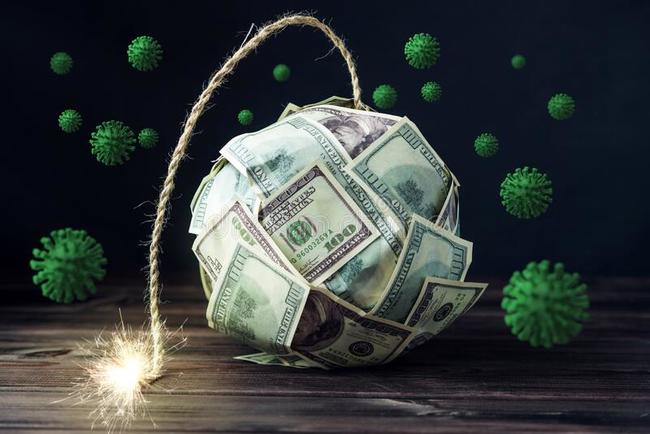 If we keep treating the U.S. dollar like it is toilet paper, it is just a matter of time before our entire financial system goes down the tubes.  At this moment, the dollar is still the primary reserve currency of the world, and the fact that we control it is an absolutely massive advantage for us.  Because the rest of the globe uses dollars to trade with one another, that creates a tremendous amount of artificial demand for our currency, and it keeps the value of our currency elevated at a level that it much higher than it otherwise would be.  But now that we are starting to act like the Weimar Republic in their heyday, it is only going to be a matter of time before everyone else on the planet starts abandoning the U.S. dollar in droves.  We are literally killing our “golden goose”, and most Americans do not even understand what is happening.

The remarks that John Williams made about hyperinflation during a recent interview with Greg Hunter have created quite an uproar, but the truth is that Williams is right on target.

We are on the exact same path that Zimbabwe, Venezuela and so many others have already gone down, and the very foolish decisions that we have been making are only going to end in complete and utter disaster.

To illustrate what I am talking about, I would like to direct your attention to what has happened to M2 during this calendar year.  For those that are not familiar with M2, here is a definition that comes from Investopedia…

M2 is a calculation of the money supply that includes all elements of M1 as well as “near money.” M1 includes cash and checking deposits, while near money refers to savings deposits, money market securities, mutual funds, and other time deposits. These assets are less liquid than M1 and not as suitable as exchange mediums, but they can be quickly converted into cash or checking deposits.

As you can see on this chart, the M2 curve has been rising at an exponential pace in 2020.  In fact, since the pandemic started the curve has nearly gone vertical…

If we keep doing this, we won’t be facing a major financial disaster years from now.

Rather, it will just be a matter of months before the wheels start coming off.

But our leaders do not have any intention of changing course now.  During 2020 the Federal Reserve has been pumping money into the financial system at a rate that we have never seen before, and they have indicated that they plan to continue to support the financial markets as we head into 2021.

Chicago Federal Reserve Bank President Charles Evans said Monday there is still “quite a long ways to go” for the U.S. recovery from the coronavirus crisis, adding that he expects the Fed to keep interest rates at their current near-zero level until perhaps into 2024.

Of course the federal government is going to continue to pump out “stimulus package” after “stimulus package” no matter who is in the White House.  This is a point that John Williams made very strongly during his interview with Greg Hunter…

Because they has been so much damage done to the economy, Williams says there will have to be stimulus no matter who eventually makes it into the White House.  Williams contends, “Let’s say Trump gets re-elected.  He’s not going to have any choice but to increase stimulus to try to help the economy and help people.  If Biden takes over, he’s going to have to do the same.  He is already promising massive stimulus.  Where it gets really scary is if the Democrats can take control of the House, the Senate as well as the White House. . . . The stimulus there is going to be unbelievable. . . . The more radical Democrats will just print the money you need and spend whatever you need to spend it on, and don’t worry about it. . . . Whoever gets into power, there is going to be more deficit spending.  It’s just a matter of how radical it will be. . . . There is no way we are escaping massive stimulus for at least the next year and into 2022.”

Virtually everyone likes getting “free money” from the government, but you have probably noticed that the price of just about everything has been going up lately.

And this is just the beginning.  According to Williams, we are literally on the verge of a “hyperinflationary Great Depression”…

Williams expects to see some very large inflation because of all the stimulus coming and predicts, “The more left we go, the more rapid will be the demise of the dollar.  Eventually, it will be a hyperinflation in the United States.  What I am looking at here is this evolving into a hyperinflationary Great Depression.  To save yourself, you have to preserve your wealth, your dollar assets.  To do that, you have to convert your dollars into physical gold and silver, precious metals and just hold them.  They will retain value over time as opposed to paper dollars that will effectively become worthless.  You’ll be getting a lot of money from the government, and they will keep giving you more and more and more, but that’s going to be an environment of rising and rising inflation.  It’s not necessarily going to buy you more. . . . Hyperinflation will bring political disruption. . . . Hyperinflation is a form of default.  Gold is telling us hyperinflation is straight ahead of us.”

Needless to say, what Williams is saying is perfectly consistent with the warnings in my new book.

To protect themselves, a lot of investors have been pouring money into gold, silver and other precious metals.

And actually the rise in the price of silver has been even more dramatic over the course of 2020.

Gold and silver will almost certainly keep rising as the value of the dollar continues to be destroyed, but even those that invest in precious metals are not going to win in the end.

Because the truth is that the complete collapse of our financial system is not going to benefit any of us, and there is going to be no way to avoid such a fate if we keep going down this very dangerous path.