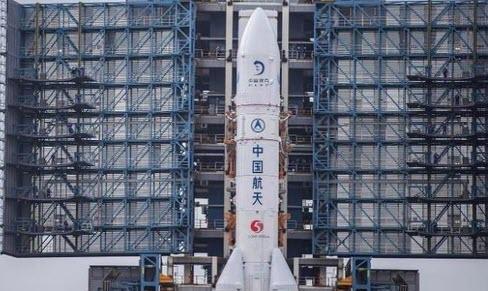 
It what could mark the beginning of another era of “space races”, China has officially launched an unmanned spacecraft to the moon with plans of bringing back lunar rocks. It marks the first attempt by any nation to retrieve rocks from the moon since the 1970s. On Monday, Reuters confirmed the launch:

China’s probe, the Chang’e-5, sets off with the goal of China learning more about the moon’s origin and formation. If China succeeds, they will be only the third country to have retrieved samples from the moon – behind the U.S. and Soviet Union, according to CNN.

Both countries visited different areas of the moon than the Chinese aspire to visit.

James Head, a planetary scientist at Brown University, said: “The Apollo-Luna sample zone of the moon, while critical to our understanding, was undertaken in an area that comprises far less than half the lunar surface.”

Once it’s on the moon, the probe will deploy two vehicles and a lander will drill into the ground. Samples of the moon’s surface will then lift off to another module in orbit. Eventually, they will make their way back to Earth in a return capsule.

China has visited the moon with probes in 2013 and 2019. The country says it has plans to establish a “robotic base station” on the moon within the next decade. It plans on doing so using its Chang’e 6, Chang’e 7 and Chang’e 8 missions.

The country has also publicly said it has aspirations of getting samples from Mars before 2030.