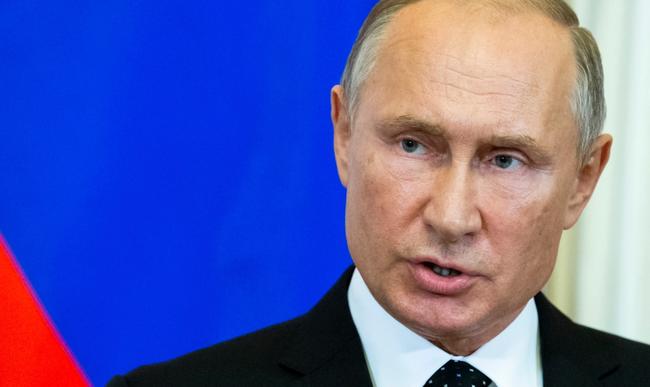 
Russia has two coronavirus vaccine projects that are in the final stages of development (one of which infamously became the first vaccine to receive the approval of state regulators back in August), but despite the fact that many Russians (including, reportedly, one of the president’s adult daughters) were given the option of receiving the experimental vaccines, President Vladimir Putin has yet to be vaccinated.

Putin’s spokesman Dmitry Peskov said Tuesday that Putin wouldn’t be eligible to take an experimental vaccine since, as the head of state, that would be against the rules.

“We have not yet begun widespread vaccination and the head of state can’t take part in vaccination as a volunteer. It’s impossible,” Kremlin spokesman Dmitry Peskov told reporters Tuesday. “The president can’t use an uncertified vaccine.”

Apparently, the question of whether or not Putin had been vaccinated had become a major issue in the Russian press. To be sure, 68-year-old Putin is in a higher risk category due to his age. But the president is also known to keep up a demanding fitness routine that includes Judo training.

According to TASS, one of Russia’s state-run newswires, the first group of volunteers aged 60 and older only just began trials on Oct. 28, according to the doctor who is supervising the tests.

Putin said during televised comments at the time: “We need to increase production of our first and now our second vaccine…First of all we should supply the domestic market.”

Russia has also made deals with international partners to share its vaccine. “Sputnik V” will cost less than $20 – half the price of the Moderna vaccine and also less than Pfizer’s – in international markets for a two-shot course of treatment, making it one of the cheapest options on the market.

After preliminary results purported to show Russia’s “Sputnik 5” vaccine to be 92% effective, final results released Tuesday that initial testing showed it was 91% effective in preventing infections, although it has not yet published final results in a peer-reviewed journal. Russia has already started vaccinating teachers, health-care workers and other high-risk individuals as the brutal Russian winter ushers in a resurgence of the virus. Russia has the fifth-highest tally of confirmed virus cases, but one of the lowest per-capita mortality rates (though many believe Russia is suppressing the true number of COVID-related deaths).