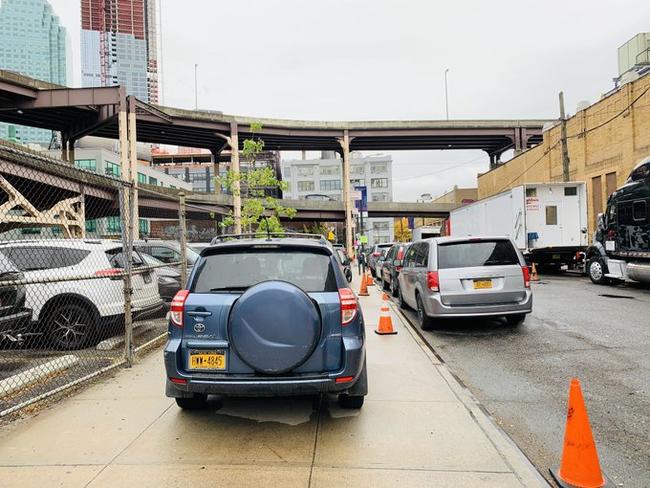 
A new bill proposed by Councilman Stephen Levin (D-Brooklyn) encourages anyone in NYC to report illegally parked cars, and in return, whistleblowers would receive part of the fines paid by violators.

The bill, introduced by Levin and Council Speaker Corey Johnson on Nov. 19, would increase parking ticket fines from $115 to $175. It allows anyone who reports an infraction to receive 25% of the money or a max payout of around $45.

The bill “creates a new violation and civil penalty for hazardous obstruction by a vehicle of a bicycle lane, bus lane when bus lane restrictions are in effect, sidewalk, crosswalk, or fire hydrant when such vehicle is located within a radial distance of 1,320 feet of a school building, entrance, or exit,” Levin and Johnson wrote.

According to ABC7 New York, those who report parking violators will do so via an online portal. The site will be managed by the Department of Transportation, which would review each case.

Vehicles with city-issued placards are not exempt under the proposed bill.

This caused NYPD Sergeants Benevolent Association (SBA) to poke fun at the proposal on Twitter:

“Imagine if every cop wrote a summons to every vehicle parked illegally or vehicles that violate the vehicle and traffic laws.

“We could probably bail out NYC, NYS, and even feed the homeless. Everyone will then get exactly what they ask for,” the SBA snarked last week.

Some on social media were quick to react, replying to SBA with pictures of vehicles parked illegally throughout NYC:

get on it sarge https://t.co/nxLBGULkGE

This all suggests the surveillance state wants to transform ordinary citizens into government parking snitches for the sole purpose of collecting more taxes.