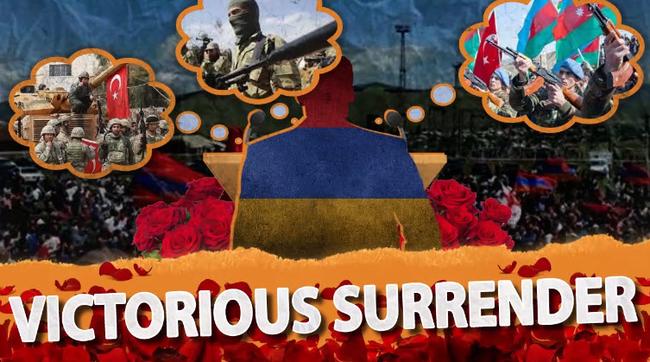 As of November 23, the Russian peacekeeping force has finished its deployment in the Nagorno-Karabakh conflict zone, that included the sending 1960 personnel and 552 units of equipment. The total number of observation posts currently kept by Russian forces in the region is 23. At the same time, planes of the Russian Aerospace Forces have not halted their flights to Armenia. They are currently involved in the deployment of additional equipment and civil defense and disaster response specialists that will participate in the humanitarian aid campaign in Karabakh.

While the Azerbaijani side insists that it would demine and restore all territories that it is gaining under the peace deal, the area to which the Azerbaijani military will have no access to will remain within the zone of the responsibility of the Russian peacekeepers and the authorities of the self-proclaimed Armenian Republic of Nagorno-Karabakh.

Another factor is the return of displaced persons. Since November 14, over 9,000 civilians have returned to their homes under the protection of the Russian military. Most of the activities needed to avoid an acute humanitarian crisis are now being conducted with direct involvement or under the supervision of the peacekeepers.

Meanwhile, the Armenian government, led by Nikol ‘The Basement’ Pashinyan that is openly cracking down on opposition to its rule with force and threats of jail terms, continues demonstrating its brilliant skills in undermining the Armenian regional position and destroying the already weakened partnership with the only guarantor of its statehood and security.

On November 21, a high-ranking Russian delegation, including Prime Minister Sergey Lavrov and Defense Minister Sergey Shoigu, visited Armenia and Azerbaijan holding a series of meetings with the leadership of both countries on the current situation in the region and the settlement of the Karabakh question. Accepting the high-ranking Russian delegation, the Armenian side ‘accidentally’ forgot to put out the Russian flag.

Such a position of Armenia towards its only real ally in the region that has just rescued Armenian forces from total annihilation in the war with Azerbaijan for Nagorno-Karabakh is at least surprising. In the worst case scenario, it just demonstrates that the government led by the Western puppet is rock solid in its anti-Armenian policy could easily lead to the full destruction of the country’s statehood.

It is interesting to note that the Armenian Foreign Ministry claimed that the absence of the Russian flags is completely fine and this is an ordinary practice for Yerevan. However, the fact that the Russian flag appeared on photos after media drew attention to the incident and that demonstrates that the original situation was not so okay because it revealed the real aim of the current Armenian government.

The Russian visit to Baku expectedly led to no diplomatic scandals of such kind and Azerbaijan is now preparing to take control of another district that Armenian forces should hand over to it under the reached deal. On November 25, Azerbaijani troops are set to enter Kalbajar District. The Armenian leaders are reaping the benefits of its destructive policies of the previous years.