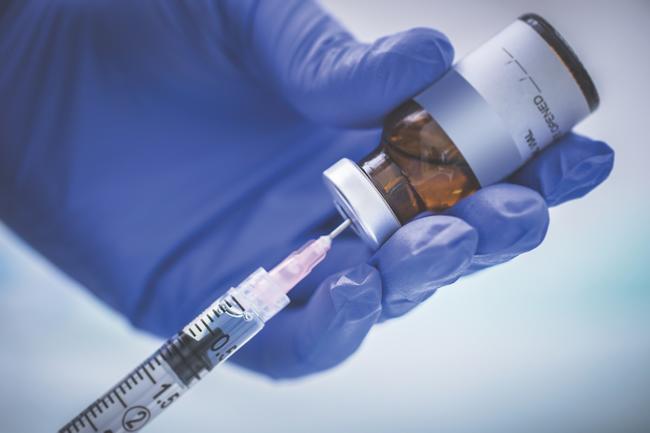 
AstraZeneca’s announcement that its adenovirus-vector vaccine is roughly 70% effective (which followed an announcement claiming the vaccine is safe and effective in the elderly) failed to impress investors, as Astrazeneca shares tumbled on the news in premarket.

But AZ shares took a second leg lower on Monday when a health-care analyst dropped some damning commentary that has caught the market’s attention.

SVB Leerink analyst George Porges said Monday that the company is likely to be roundly criticized for its disclosure, since the safety disclosure simply stated that “no serious safety events related to the vaccine have been confirmed”, as well as for its results, which the company “tried to embellish” by highlighting a reported 90% efficacy in the relatively small sub-set of subjects in the study who received the modified initial vaccination followed by the “full dose” four weeks later.

Porges predicts the vaccine will never be licensed in U.S.

At the very least, more testing will likely be needed on subjects who receive the half-dose first.

There were a lot less people given the half-dose first. Another full test focusing solely on that dosage needs to be done to verify numbers.

Porges believes that this product will never be licensed in the US due to the design of the company’s trials and the occurrence of severe safety events that resulted in the extended clinical hold on enrollment in the US.

The findings, according to Porges, confound his original thesis that “all spike protein vaccines are created equal”, which is manifestly not the case now. This raises questions about other adenovirus-vector vaccines, including the Johnson & Johnson’s vaccine.

AZ announced earlier that after two doses, its modified chimpanzee adenovirus COVID vaccine (known as ChAdOx1) had achieved an average 70% efficacy after 132 infection events in its ongoing pivotal trial.

Even CNBC’s Meg Tirrell acknowledged that the AZ results were “a little bit more mixed” than the Pfizer and Moderna vaccines, adding in a tweet that the data were “confusing”.

It’s another vaccine Monday! But the first phase 3 data from Oxford and AstraZeneca are… confusing. https://t.co/GqhjKIX9vl

A few weeks ago, Porges offered some positive commentary about the Pfizer vaccine and the Moderna vaccine. Regarding the latter, he said, the successful mRNA vaccine could help burnish Moderna’s reputation and transform it into a major player in the biotech space.