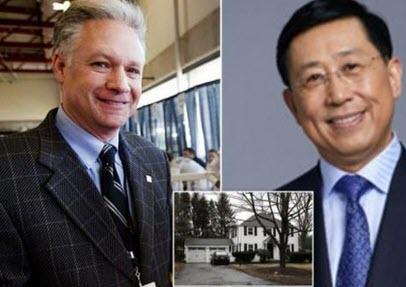 Harvard began investigating the issue in May 2019 and, shortly thereafter, Brand was dismissed from his job, according to the Wall Street Journal.

Andrew E. Lelling, U.S. attorney for the District of Massachusetts, said: “This case is part of our longstanding effort to expose and deter corruption in college admissions. Millions of teenagers strive for college admission every year. We will do our part to make that playing field as level as we possibly can.”

The complaint alleges that Brand recruited Zhao’s sons in exchange for money and allegedly said in 2012 that the boys “don’t have to be great fencers.”

In 2013, Zhao donated $1 million to a fencing charity run by a co-conspirator of Brand. Zhao’s son was admitted into Harvard, as a fencing recruit, in December. He enrolled the following fall. The charity then sent $100,000 to the Peter Brand foundation, a second charity set up by Brand and his spouse.

Zhao also allegedly “paid for Mr. Brand’s car, covered college tuition payments for the coach’s son, paid the mortgage on his house in Needham, Mass., and later bought the house for more than its market value.”

Both Zhao and Brand deny the allegations.

William D. Weinreb, a partner at Quinn Emanuel Urquhart & Sullivan LLP said: “Jack Zhao’s children were academic stars in high school and internationally competitive fencers who obtained admission to Harvard on their own merit. Both of them fenced for Harvard at the Division One level throughout their college careers.”

Douglas Brooks, partner at Libby Hoopes Brooks PC, said: “The students were academic and fencing stars. Coach Brand did nothing wrong in connection with their admission to Harvard. He looks forward to the truth coming out in court.”

The Harvard case is unrelated to the college admissions scandal called “Operation Varsity Blues” that has been playing out over the last 24 months in the U.S. and was masterminded by William “Rick” Singer.