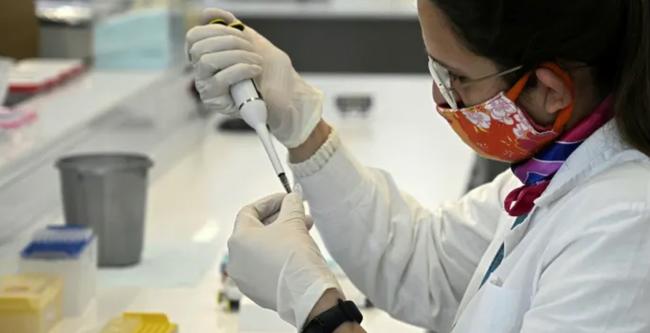 
Continuing the pattern of leading COVID-19 vaccine projects releasing their Phase 3 trial results on Monday, AstraZeneca has just revealed that its vaccine – which, unlike the Moderna and Pfizer vaccines, relies on the more traditional adenovirus vector approach – is 70% effective at preventing the coronavirus.

The results follow last week’s release of the final data from the accelerated Phase 2 studies, which purported to confirm that the vaccine was safe and effective, particularly in elderly subjects, as the initial preliminary results had suggested.

Perhaps after all of the hiccups from the trials (rumors of seriously ill trial subjects, a month-long trial halt in the US) investors had set a higher bar for AZ. The company’s shares tumbled Monday on the news, while shares of Moderna (which revealed last week that its vaccine was nearly 95% effective) climbed. Pfizer’s vaccine, which initially was said to be 90% effective, was later determined to be 95% effective according to the “final” data.

UK Health Secretary Matt Hancock said Monday during an interview with Radio 4 that the UK will have a “low, single-million” number of AZ coronavirus vaccine doses available before the end of the year, assuming regulators approve the vaccine. Vaccinations should begin under a ‘plot program’ starting next month.

AZ CEO Pascal Soriot said the vaccine’s “efficacy and safety” showed it will be highly effective against the virus, and have “an immediate impact”.

AstraZeneca claimed that the vaccine actually appeared to be more effective than they anticipated: interestingly, the final 70% number was actually an average of two different late-stage trials in the UK and Brazil which also featured different dosing regimens.

When the Oxford-Astra Zeneca vaccine was given as a half dose, followed by a full dose at least one month later, efficacy – a measure of how a vaccine prevents infection or severe disease in trials – was 90%. However, when the jab was given as two full doses at least one month apart, efficacy was just 62%. A much larger US trial is currently using the two-dose regimen. Its efficacy will be key to approval in the US.

Adenovirus vector vaccines are more traditional and thus were expected to take longer to develop than the Moderna and Pfizer mRNA vaccines. However, Oxford’s scientists had a head start after years of working on vaccines to target COVID-19’s cousin MERS.

One expert said the fact that the vaccine is only 70% effective is “absolutely fine” since the adenovirus vector makes the vaccine much cheaper to produce and easier to ship. This increased availability should help make up for the lower effectiveness.

The company said that it will be seeking regulatory approval “immediately”, and AZ’s manufacturing partners around the world, including India’s Serum Institute, are targeting the production of up to 3 billion doses next year. Depending on regulatory approval, a lower first dose regimen could make more doses available.

While algos send AZ shares lower presumably off the 70% number, it’s worth noting that these headline efficacy numbers are virtually meaningless, as Pfizer showed us last week when it ‘revised’ the headline number to 95% from 90% so it wouldn’t be outdone by Moderna.

Investors would probably be better off focusing on the ease of distribution, which will likely decide which vaccines are the most widely distributed, as the WHO’s Covax initiative struggles to raise $18 billion to buy and distribute vaccines to the developing world. The AZ-Oxford vaccine only requires a basic level of refrigeration (unlike the Moderna and Pfizer vaccines, which must be stored and shipped at extremely cold temperatures) making it “more suitable” for rollout in poorer countries.