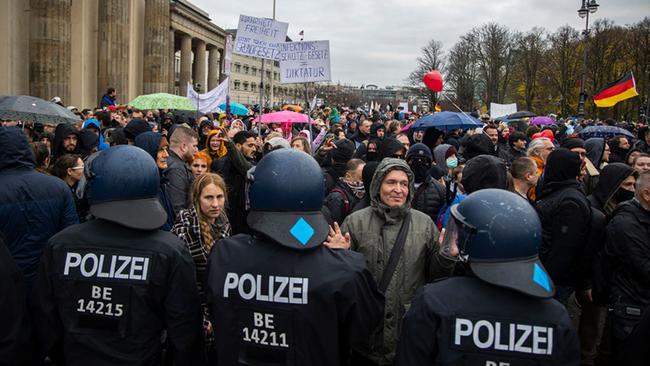 Finland’s leftist Prime Minister Sanna Marin has warned that lockdowns and other restrictive COVID measures will trigger a huge ‘populist backlash’ against governments and politicians in Europe.

Speaking with the Financial Times, Marin predicted that draconian restrictions “will cause protests more and more, and it’s a breeding ground for populist movements across Europe.”

“When you’re closing an economy and people’s workplaces, it will cause political instability. Populists come with easy answers to difficult problems, but their solutions are rarely the right ones,” she added.

Marin wants a EU wide coordinated strategy to deal with the pandemic, touting her country’s own ‘robust test and trace regime,’ which has seen over half the population submit to a tracking app, as well as ‘targeted restrictions,’ such as quarantining and testing almost all people coming into the country from Europe.

The Prime Minister, who is yet to face second wave of the virus in her country, touted increased testing, contact tracing, and joint EU rules on travelling.

“The situation will get even more difficult if we don’t implement a common strategy together,” Marin added.

“I think that the situation might get even worse and people might get even more tired. The situation has got worse in the autumn. People often want to find someone to blame and often the easiest ones to blame are the governments and politicians,” Marin said, predicting more uprising in response to restrictions.

Anti-lockdown protests are already raging across Europe, with angry citizens taking to the streets in Spain, Germany, France, Italy, the UK and beyond:

According to reliable sources, elements of Antifa rushed to the scene of the Anti-New Normal Totalitarianism protest in Berlin today, hoping to hold the “Corona Deniers” down, so that the cops could hose them real good, but they were just a little too late. pic.twitter.com/RdQ67qYjnN