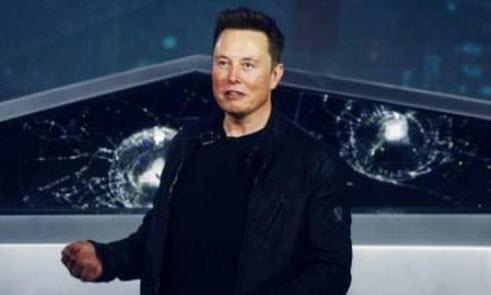 Model S ratings dropped due to issues with its suspension – the very same issue Tesla claims China “wrongfully” made it recall vehicles for overseas last month. The Model Y suffered from “hardware and paint problems,” according to CNBC. This means the Model 3 is the only Tesla vehicle that Consumer Reports recommends; for the time being, at least.

Previously, Consumer Reports had named the Model S its top rated vehicle ever in 2015. It’s amazing what can happen, though, when you actually drive a few of them off the lot and put some miles on them for a couple of years.

“We see a variety of problems on that car. It’s wavered throughout its life cycle,” Consumer Reports said, trying to sound objective.

The Model Y has “well below average reliability,” the report said. Tesla ranked second to last in Consumer Reports’ study of reliability – out of more than two dozen vehicles. The survey “is based on data collected from owners of more than 300,000 vehicles”.

Can’t say we didn’t see this one coming – what with names like Forbes and Electrek having weighed in over the summer with scathing critiques of Tesla’s newest Model (that happens to look a lot like its Model 3). Complaints over the summer included issues with paint, trim issues, indentations on the seats and even loose seatbelts.

Even Kelly Blue Book was forced to make note of the awful quality of the Model Y it tested over the summer on its YouTube channel: “As for quality issues. Our car’s b-pillar trim doesn’t fit right and neither does this lower bumper trim, the rear door alignment is slightly off, the rear seats are similarly uneven, and there’s a loud rattle coming from the rear somewhere,” they said at the time.

We look forward to seeing how Consumer Reports updates its Model 3 ratings in a year or two, once the hundreds of thousands of models on the road have been driven a little bit longer and suffer a little more wear and tear.

We have already documented numerous Model 3 quality control issues, including the vehicle’s bumper falling off “more than expected”. We’re not sure exactly how expected it should be that a bumper should randomly fall off of a car at any given time, but we digress.

Our friends over at InsideEVs released a scathing piece over the summer about Tesla’s Model 3, noting that the car’s bumper has a tendency to fall off at a rate that is “more widespread than expected”.

The blog shared three different horror stories of bumpers flying off that were sent to it after they posted their first article about a Model 3 bumper flying off. In all three cases, the owners were told by Tesla that the repairs would not be covered.