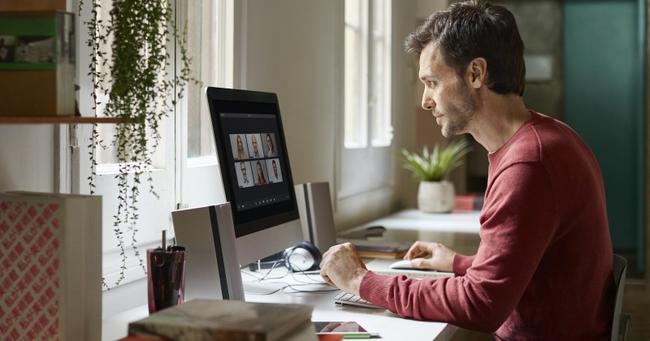 A new study being promoted by the mass media claims that working from home makes people more “racist” because they are less exposed to ‘diversity’ in the workplace.

The survey, conducted by polling company Survation for the Woolf Institute, “warns that without alternative settings to offices being set up, opportunities for social mixing between different religious and ethnic groups will be greatly reduced,” according to the BBC.

76 percent of those who work in shared offices in the UK are exposed to ethnic diversity, meaning those who work from home are isolated from such a setting and as a result more likely to be “prejudiced,” according to the study.

37 percent of unemployed people are also more likely to only have friends from their own ethnic group.

With huge numbers of people now working from home due to coronavirus restrictions, 44 percent of the workforce in the UK, this presents a conundrum for technocrats overseeing a “Great Reset” that seeks to restructure capitalism.

“Academia, long removed from scientific breakthrough and existential exploration, has seemingly become an industry dedicated to the relentless pursuit of racism, wherever it may dwell,” writes Graham Dockery.

“The Woolf Institute studies relations between faiths and ethnicities in the UK, and wouldn’t exist if it couldn’t root out ever more bizarre instances of prejudice to publicize.”

Interestingly enough, the study also concedes that people who live in more diverse communities were “more likely to be negative towards ethnic diversity.”

In other words, people who are actually exposed to ‘diversity’ don’t find it to be a “strength” and don’t like it.

This correlates with a 2019 peer reviewed study by Danish academics which found that ethnic diversity has a negative impact on communities because it erodes trust.

Seeking to answer whether “continued immigration and corresponding growing ethnic diversity” was having a positive impact on community cohesion, the study found the opposite to be the case.

So diversity really isn’t a strength after all, but our new technocratic overlords are going to force you to embrace it anyway.