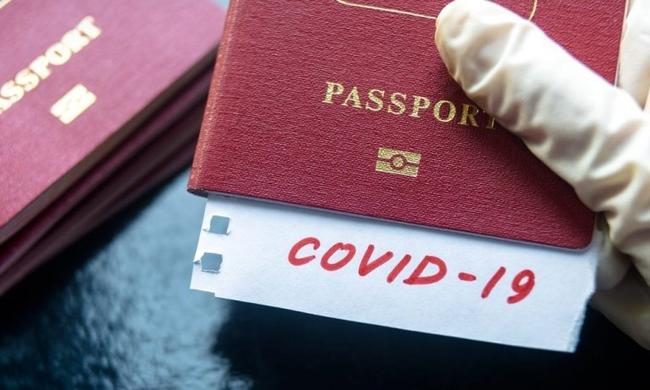 
UK workers could find themselves banned from pubs, restaurants, and possibly even the workplace if they refuse to get the COVID-19 vaccine, according to a senior MP.

Speaking with HuffPost UK’s Commons People podcast, as noted by Metro, Conservative Tom Tugendhat has warned that he could ‘certainly see the day’ when proof of vaccination was required to return to normal life.

‘If vaccination works and if we’re confident it’s safe, and all indications so far are good, then I can certainly see the day when businesses say: “Look, you’ve got to return to the office and if you’re not vaccinated you’re not coming in,”‘ he added.

“And I can certainly see social venues asking for vaccination certificates.” That said, a government mandate over the vaccine is reportedly not on the immediate horizon, per Health Minister Matt Hancock.

The MP was speaking in the week Pfizer’s vaccine candidate was proven to be 90% effective.  Preparations are now being made to administer the jab, and potentially others that are still in development.

The Government has outlined its strategy for getting people vaccinated as quickly as possible, starting with those who are most vulnerable or are working on the frontline of the pandemic. Despite some experts urging the Government to make getting the vaccine mandatory, Health Minister Matt Hancock has previously stressed that this will not be the case. –Metro

As we noted last week, US-based Ticketmaster is planning to verify concertgoers’ vaccination status or whether they’ve tested negative for COVID-19 within a 24-72 hour window.

MP Tugendhat, who chairs the foreign affairs committee, also pointed to foreign travel as another example industries which already require proof of vaccinations for visitors trying to enter certain countries.

“I remember when I used to travel rather more than I do now – when you go into certain countries you had to show a yellow fever certificate and if you did not have a yellow fever certificate you weren’t allowed in the country and that was that,” said Tugendhat, adding “There was no debates, no appeals and no further requests. And I can see a situation where yes, of course you’re free not to have the vaccine, but there are consequences.”

When asked whether he thought public transport and similar services might follow suit in requiring ‘immunity passports’, he replied “It would depend what the public services were, and who and when, so I wouldn’t want to start predicting.“

But I do think that if things are shown to be safe then rejecting them when they have a wider effect on the whole of society is going to have consequences.