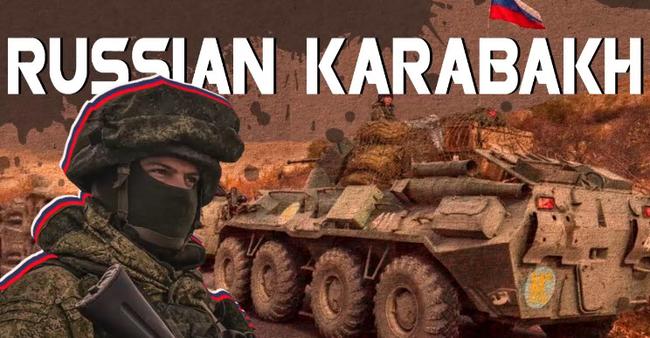 Results of the Nagorno-Karabakh war continue shaping the balance of power of the South Caucasus. The ceasefire regime established as a result of the Russian diplomatic intervention and the deployment of the Russian peacekeeping force in the region nears the end of its first week.

As the outcome of the war, Azerbaijan achieved an important victory over Armenian forces and seized the symbolic Armenian stronghold of Shusha. Baku and Yerevan also reached an agreement that is set to allow Azerbaijan to return districts lost during the first Karabakh war excluding the Lachin corridor as well as finally establish a transport link between Azerbaijan’s mainland and the Nakhchivan Autonomous Republic, a landlocked Azerbaijani exclave bordering Armenia, Turkey and Iran.

The latest development is in fact even more important for Azerbaijani national interests than any propaganda achievements in the war with the Armenians. This will not only allow to finally establish a ground link between the main territory Azerbaijan and the country’s autonomous region, but also strengthen economic and cultural cooperation with Turkey, a traditional Azerbaijani ally. Ankara, together with Israeli weapon suppliers, played an important role in the Azerbaijani victory through providing its forces with weapons, ammunition, intelligence and military advisers and specialists that helped to plan and turn into reality the Karabakh advance.

For years, Turkey has been employing the “two states, one nation” concept in its relations with Azerbaijan as a part of the wider claim to be the formal, military and spiritual leader of the so-called Turkic world and the Muslims in the Greater Middle East and Central Asia in general. Recep Tayyip Erdogan, who sees himself as the Sultan of the New Neo-Ottoman Empire, does not hide Turkish plans to annex territories of northern Syria and northern Iraq, where Ankara already has a permanent military presence. Azerbaijan is seen by Erdogan and his circle as a logical and important part of this Greater Turkey project with a particular autonomy. Therefore, the Turkish military presence in Azerbaijan and the further expansion of the economic, political and cultural links between the countries is a logical step in this plan. During the past years, Ankara has repeatedly announced the plans to build a new railway road to Nakhchivan. Now, the preparations for the implementation of this project will likely reach their finishing straight.

At the same time, there are some factors often ignored by pro-Turkish analysts boasting about the great Neo-Ottoman victory in Karabakh. First of all, the control over the so desired by Turkey ground link with Azerbaijan will be in the hands of the Russians under the Moscow-brokered deal between Baku and Yerevan. The control over the transport link between Nakhchivan and the Azerbaijani mainland will be exercised by the Border Service of the Russian Federal Security Service (FSB). At the same time, the Russian peacekeeping force will also control the corridor between Nagorno-Karabakh and Armenia, and a large part of the territory of Nagorno-Karabakh, including the largest regional city Stepanakert.

Russian forces supported by combat helicopters, electronic warfare systems, BTR-80A armoured personnel carriers and various armoured vehicles of other types already established 25 observation points (18 permanent and 7 temporary) in the region. One of the posts is in fact located at the gates of Shusha. Additionally to the 1960-strong contingent in Karabakh, the Russian military also created a gathering center, in other words a temporary military base, in the Armenian city of Goris, near the border. Battle tanks and multiple rocket launching systems spotted in the area indicate that the operation there involves additional means and forces. Moscow is also creating a special humanitarian center for Karabakh. The center will be controlled by Russia and overseen by the FSB thus cutting off the possibility of looting of humanitarian aid for the region.

Taking into account the deep crisis of the current pro-Western Armenian government, led by Nikol Pashinyan who is still hiding in some basement in Yerevan, the control over Nagorno-Karabakh territories, which should not been returned to Azerbaijan as the part of the November 10 deal, has been in fact transferred to Russia.

Now, Russia has officially established a military presence on the sovereign territory of Azerbaijan for the next 5 years. This term also can be prolonged under the existing deal. This unprecedented development for the modern South Caucasus caused little happiness in Ankara causing the Turkish attempt to promote the idea of the deployment of some ‘Turkish peacekeepers’ to the combat zone. However, all what it achieved was the draft plan for the creation of a joint Russian-Turkish ceasefire monitoring center on the territory of Azerbaijan. According to the Russian foreign minister, the center will be located in the part of the territory that is not close to Karabakh and no field missions are planned. The posture of Azerbaijan, which did not support the Turkish field deployment in Karabakh, in this unfortunate situation for Ankara became an unpleasant surprise for Turkish commentators.

Furthermore, Baku demonstrated an unexpected softness by shifting the schedule of the Armenian withdrawal from the contested region. Under the initial deal, the Kalbajar district was set to be transferred to Azerbaijan by November 15, a top aide to Azerbaijani President Ilham Aliyev announced that the deadline was extended till November 25. These steps show the readiness of the Azerbaijani side for the constructive actions in the framework of the existing Yerevan-Moscow-Baku format.

Summing up, it seems that Mr. Aliyev is not going to pay back by turning Azerbaijan into the province of Erdogan’s Neo-Ottoman Empire. In this case, the closer cooperation with Russia, which is also an important economic and security partner of Azerbaijan, is an apparent solution.