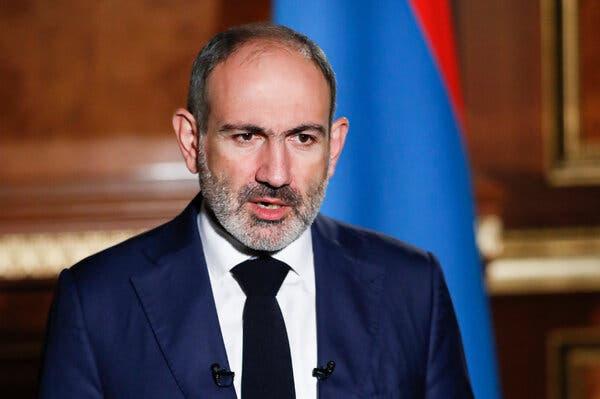 
Armenian security officials announced they had thwarted an active assassination attempt on Prime Minister Nikol Pashinyan plotted by a cadre of his political opponents amid widespread outrage at Armenia signing a ceasefire with Azerbaijan which Baku hailed as a “capitulation” by Yerevan, essentially admitting defeat in Nagorno-Karabakh.

The Armenian National Security Service (NSS) revealed in a statement that “one of the political opponents opposed to the government kept a large number of weapons, ammunition and explosives and reached an agreement with the leaders of the parties operating in Armenia and Karabakh to plan to seize power and kill the prime minister.”

“The leaders of parties, antigovernmental politicians, their supporters and former senior officials were preparing to attempt to assassinate a statesman and usurp power,” the statement said.

Earlier last week enraged protesters had stormed Armenia’s parliament in Yerevan, after Pashinyan on Monday evening signed a Russia-brokered agreement with Azerbaijan and Russia for the immediate cessation of hostilities in Karabakh. This was at a moment the Azerbaijan Army had made undeniable and significant gains.

“The suspects were planning to illegally usurp power by murdering the prime minister and there were already potential candidates being discussed to replace him,” says #Armenia NSS in statement, announcing its former head, Artur Vanetsyan, and others have been arrested.

According to Reuters, “Pashinyan had come under pressure with thousands of demonstrators protesting since Tuesday and demanding he resign over a ceasefire that secured territorial advances for Azerbaijan in Nagorno-Karabakh after six weeks of fighting.”

Pashinyan has responded to widespread anger among the Armenian public by saying he had little choice but to sign the agreement to prevent further territorial losses and major loss of life.

Armenian protestors trash their parliament building. The Pashinyan gov and the Armenian media did not prepare them for this terrible defeat. | pic.twitter.com/93Qf1e55Lp

Few details were given as to how far the assassination plot advanced or how precisely it was uncovered, but arrests were made: “The NSS said its former head Artur Vanetsyan, the former head of the Republican Party parliamentary faction Vahram Baghdasaryan and war volunteer Ashot Minasyan were under arrest,” Reuters reported.