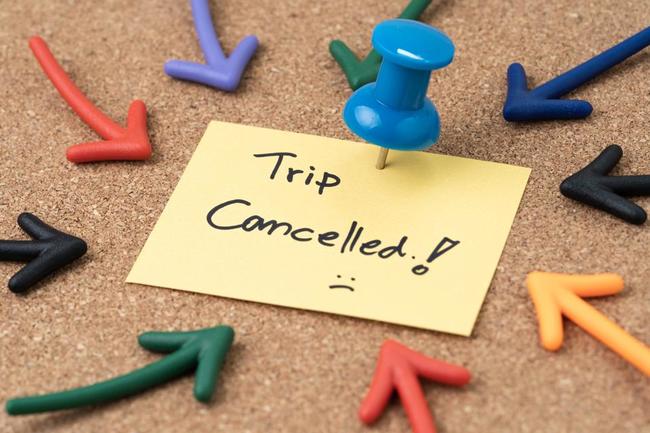 
As many on Wall Street want to believe, the prospects of a COVID-19 vaccine are certainly not instant stimulus. For some economic realities of just how awful the travel and tourism season will be this holiday season, a new study shows that 72% of Americans are unlikely to travel for Thanksgiving, and 69% are unlikely to travel for Christmas, compounding the challenges for the travel and tourism sector.

The survey of 2,200 adults was conducted on Nov. 4 by Morning Consult on behalf of the American Hotel & Lodging Association (AHLA). Only 32% of respondents have taken an overnight vacation or leisure trip since March. Only 21% of respondents said they would travel for Thanksgiving, and 24% will travel for Christmas.

The resurgence of the virus pandemic late in 2020 forced many respondents to reevaluate travel plans for 2021. With the threat president-elect, Joe Biden will shut down the country in late January – only 24% of respondents said they would travel for spring break. And less than half (44%) said they would stay in a hotel for their next vacation a year or more from now.

Chip Rogers, president and CEO of AHLA, warned that many Americans won’t be traveling for Thanksgiving, the busiest travel day of the year, and or for Christmas. The slump will be devastating to the travel and tourism industry. He called on Washington to pass another bailout bill for the industry as millions of jobs are at risk.

“This holiday season will be an especially difficult time for all Americans, and our industry is no exception.

“Fewer people will be traveling, and business travel remains nearly non-existent. That’s why it’s so important for Congress to pass a relief bill now. Millions of Americans are out of work, and thousands of small businesses are struggling to keep their doors open. We cannot afford to wait until the next Congress is sworn in for relief. They need help now,” Rogers said.

The national hotel occupancy was 44.4% for the week ending Oct. 31, compared to 62.6% the same week last year. Occupancy in urban markets is only 35.6%, down from 71.8% one year ago. As we noted not too long ago, the hotel industry is set to unravel in an “unprecedented wave of foreclosures.”

In a separate report, the World Travel & Tourism Council published a report this week, protecting a “staggering 9.2 million jobs could be lost in the US Travel & Tourism sector in 2020 if barriers to global travel remain in place.”

Meanwhile, Airline For America, one of the top lobby groups for US airline carriers, warned Thursday that air travel demand is now “softening” due to the second wave of the virus pandemic.

Making sense of it all: The illusions of an economic recovery produced by President Trump, Federal Reserve members, and many on Wall Street are unraveling at the seams as lockdowns could be nearing.