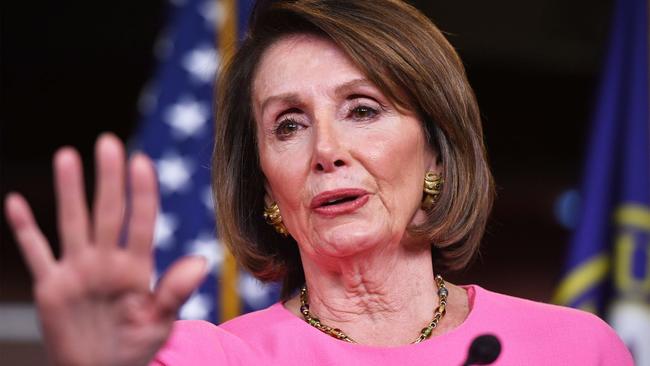 
Despite her assurances that Capitol Hill physicians had signed off, and that the dinner would follow a laundry list of COVID-19 social distancing restrictions, Nancy Pelosi ended up cancelling a dinner for new incoming Democratic House members, offering a hasty apology to outraged liberal allies.

After several conservative blogs and media outlets pointed out the hypocrisy of Pelosi’s explanation (which happened to coincide with a similar incident involving Gavin Newsom and a staffer’s birthday party), Pelosi spokesman Drew Hammill announced Friday night that the dinner had been canceled. Of course, the cancellation came only after the backlash; when reporters first questioned Pelosi and her staff about the dinner, she offered a laundry list of excuses.

Instead of holding the dinner in-person, House members would receive “take out” meals and simply head back to wherever they’re staying while they’re in town for orientation, Hammill said.

Our office strictly follows the guidance of the Office of Attending Physician, including for this dinner. To be a further model for the nation, this event has been modified to allow Members-elect to pick up their meals to go in a socially-distanced manner. https://t.co/s2pSyUOCbm

As the Gateway Pundit pointed out, the decision followed reports from an ABC News journalist questioning the wisdom of the event.

.@SpeakerPelosi told me it’s safe. “It’s very spaced,” she said and there is enhanced ventilation and the Capitol physician signed off. pic.twitter.com/ZXjf72lnrP

Highlighting the hypocrisy among Democratic politicians who have been the most vocal proponents for returning to lockdown, or lockdown-light, conditions.

We are in this together.

Protect yourself and loved ones.

As she convenes an indoor dinner for new House members, Nancy Pelosi just sent an email to her constituents that says, “We must still work to crush the virus with the … mask wearing and social distancing that are essential to preventing tens of thousands of needless deaths.” pic.twitter.com/OFlnNftVbP

Imagine telling families not to hold Thanksgiving (we shouldn’t) and then doing this. Come. On. https://t.co/ws9k2QDBLU

Pelosi wasn’t the only Democrat apologizing. California Gov. Gavin Newsom has delivered a more detailed apology after catching heat for attending a birthday dinner for one of his top staffers.

“While our family followed the restaurant’s health protocols and took safety precautions, we should have modeled better behavior and not joined the dinner,” he said in a statement, according to The Washington Post.

To be sure, Republicans are believed to have held a similar welcome dinner this week. However, given that the GOP has mostly opposed tight restrictions to stop the virus, the sharp glare of hypocrisy has not redounded on them.