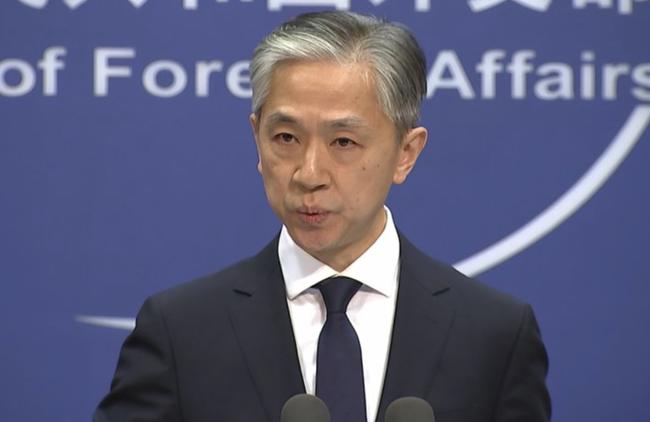 
At the end of a week that saw China stamp out one of the last bastions of political dissent in Hong Kong, a power play that – while not unexpected – may have been encouraged or accelerated by Joe Biden’s “victory” last week, according to some, the CPC has finally reached out to congratulate Biden, becoming one of the last major nations to do so, according to the AP.

Notably, the congratulatory message comes less than a day after the Trump Administration slapped new restrictions on US investment in a few dozen Chinese companies with ties to the PLA, a sign that the Trump White House indeed intends to keep the pressure on until after inauguration day (that is, assuming all election results reported by the media are validated by the final count). The timing makes China’s message of “respect” even more interesting, as many expect Biden to soften Trump’s hard-line stance and move the Sino-US relationship back toward ‘the way things were’ during the Obama Administration (when Biden’s son, Hunter, was busy striking lucrative deals with businessmen who were also reportedly connected to China’s military and intelligence services.

“We respect the choice of the American people,” said a foreign ministry spokesman, Wang Wenbin. “We congratulate Mr. Biden and Ms. Harris.”

Wang gave no reason for the delay but said, “the result will be confirmed according to U.S. laws and procedures.”

As the world waits to see whether Biden will maintain Trump’s aggressive stance toward China, the AP points out that “a tough stance on China has broad support across the political spectrum.” However, Biden has already helped implement one set of very different foreign policy priorities during his time as VP.

Political analysts expect Biden to try to resume cooperation with Beijing on climate change, North Korea, Iran and the coronavirus. And they say Biden might pursue a more traditional, predictable policy toward China. However, economists and political analysts expect few big changes due to widespread frustration with Beijing’s trade and human rights record and accusations of spying and technology theft. “A tough stance on China has broad support across the U.S. political spectrum,” Louis Kuijs of Oxford Economics said in a report this week. “Biden’s own pronouncements and policy program suggest he will continue to try to maintain the U.S. technological lead and to attract manufacturing activity.” Some forecasters suggest the change from Trump, who rejected multilateral alliances, to Biden might increase pressure on China if Washington forms a coalition with other developed countries to push for policy changes. China has tried to recruit Germany, France, South Korea and other governments as allies against Washington but all have refused. They criticized Trump’s trade tactics of surprise tariff hikes, which also were used against allies, but echo U.S. complaints that China is violating its free-trade commitments. Some Chinese trade experts have suggested Beijing might try to renegotiate the “Phase 1” agreement signed in January as a first step toward ending the trade war. It calls for China to increase purchases of U.S. goods in exchange for postponing further tariff hikes. But that came before the coronavirus derailed global trade, leaving China behind on meeting its commitments. Renegotiation might fit a “more strategic, longer-term orientation” expected from a Biden administration, but he “cannot be seen to be ‘soft’ on China” after the “hard rhetoric” of the campaign, Kuijs said.

With one term on the clock, and the US economy headed for another 4-6 week lockdown, according to one of Biden’s own advisors, will the “president-elect” display the same temerity to stand up to Beijing shown by his predecessor? It’s doubtful. And the events of this week suggest that both Beijing, and Washington, expect a much “kinder, gentler” approach toward America’s biggest geopolitical foe.