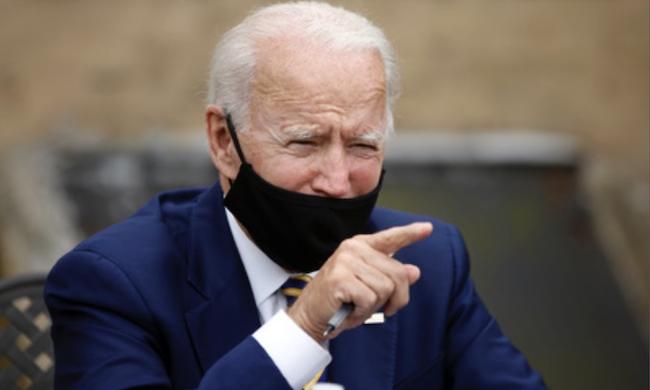 The pledge was questioned by some of us in terms of the federal authority to enforce such a mandate.

Now, Biden is emphasizing the mandate in his transition by this new Chief of Staff Ron Klain seemed to make a considerable qualification last night in an interview with MSNBC Lawrence O’Donnell.  Klain is now clarifying that the Biden Administration would fulfill its promise of a nation mandate only “where the federal authority extends.”

He then added that they would  urge simply “urge” states to follow suit.  That again sounds like what is currently being done by the CDC and what is already required in federal buildings, enclaves, installations, and bases. A presidential urging is a considerable downgrade from a federal mandate. Legally, it is like going from a promise of a moon shot to a promise to visit the local  planetarium.

In the interview, Klain says that Biden has promised that on “his first day in office, I will issue a nationwide masking mandate, requiring that people wear masks where the federal authority extends and then urging governors and other local officials to impose mask mandates in their states.”

That is not quite what he promised. It was not a national “urging” but a mandate. Biden at first recognized the question over such authority but then announced that he was told by his lawyers that he has the authority to impose a nationwide mandate.  Those changed positions were hit by the Trump campaign.

Biden campaigned on the assurance that he could impose the national mandate. Now, after the election, he seems to be acknowledging that he does not have such authority.

Just as I criticized President Donald Trump for overstating his authority in the pandemic, I have questioned Biden’s claims that he could impose the national mask mandate. There is no law that expressly affords him that power as president. We have discussed Section 361 of the Public Health Service Act (PHSA), but that law grants the Secretary of Health and Human Services (and designated subordinates in the CDC) authority to make and enforce regulations necessary “to prevent the introduction, transmission, or spread of communicable diseases from foreign countries into the States or possessions, or from one State or possession into any other State or possession.”

A national mandate would push that language to the breaking point. It would change the meaning of interstate border protections into a sweeping right to regulate the intrastate conduct of citizens. Even if the law could be construed to hold such a meaning, it would raise the same federalism issues that we discussed earlier.

Now Klain seems to suggest that Biden would only order the wearing of masks in federal properties and enclaves. That is already being required by the CDC in federal buildings with signs like this one. The Biden Administration could change it to read “REALLY DO CHOOSE MASKS” but the mandate is already in place for federal buildings. Likewise, thirty-four states are already mandating masks.  Some are not. It is not clear how this “urge” for the 16 remaining states differs dramatically from what the Trump Administration has stated. He may view the past calls as merely a “nudge” rather than an “urge” but the difference is hard to discern.  What is clear is that Biden did not want to run on a national urging policy.