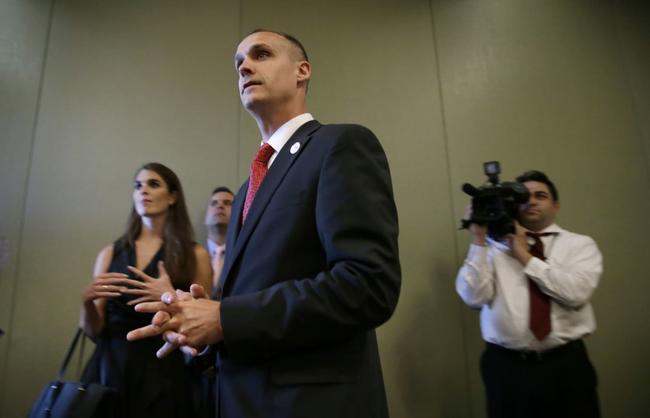 
Corey Lewandowski, a top Trump advisor known for being the first campaign manager to work with the president, has tested positive for the coronavirus, according to media reports citing insiders within the administration.

Lewandowski reportedly tested positive Wednesday; he has been in Philadelphia all week as the Trump campaign has continued to bring lawsuits related to the election results.

NEW – Corey Lewandowski, Trump adviser who’s been working on efforts to bring lawsuits alleging illegal election activity in specific states, tested positive for COVID yesterday per a person briefed. Lewandowski had been in Philly for days and believes he contracted it there.

He was at the White House election night party, but tested positive eight days later.

Lewandowski is the latest in a string of top TrumpWorld figures to test positive over the past week. Others have included Mark Meadows, and a group of other White House staffers. Lewandowski attended the White House election night party, but for what it’s worth, Lewandowski believes he contracted the virus in Philadelphia, and even the NYT’s Maggie Haberman suggested that he likely didn’t contract the virus at the White House.