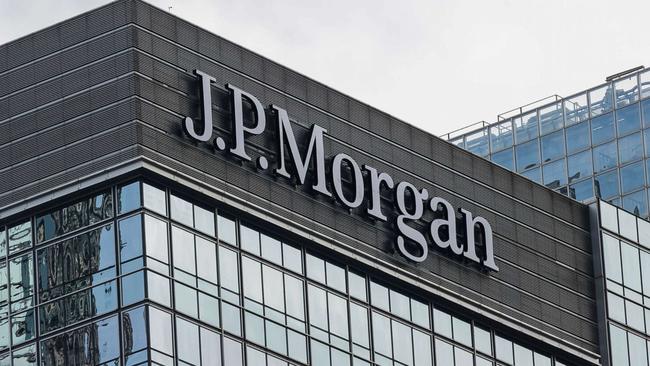 
For the past three years, JPMorgan – the largest US bank by assets and market cap – was viewed by investors but more importantly by regulators, as the world’s most systematically important bank which however is as much as bragging right as a curse as it required Jamie Dimon’s bank to pay a higher capital burden due to its massive balance sheet (Chinese banks which are generally bigger have explicit state support and as such as broadly viewed as less risky).

All that changed today when the Basel-based Financial Stability Board released its latest annual rankings of systematically important banks, which saw JPMorgan drop one notch, from the 4th bucket where it had been since 2017 and which carried a 2.5% additional capital buffer, to the 3rd bucket, which JPMorgan will shares with Citigroup and HSBC. The FSB’s SiFi ratings are based on a bank’s size, scope of cross-border business and connections to other firms, which are used to assess the risk of financial contagion.

JPMorgan benefited from a surge in revenue from stock and bond trading desks in the midst of the pandemic, which contributed to a surprise increase in third-quarter earnings. Its shares, which plunged with other bank stocks in March, recently rebounded but have still fallen 16% so far this year.

Deutsche Bank, which once headed the list remains in the the 2nd, less risky bucket, which requires a 1.5% capital buffer. Wells Fargo and Goldman Sachs were also found to pose a lower risk to the financial system and were lowered one level to the lowest importance tier. At the same time, China Construction Bank rose one level in this year’s assessment of 30 firms, to the 2nd bucket.

According to Bloomberg, the latest list uses information from before the Covid-19 pandemic, “which forced lenders to set aside tens of billions of dollars to cover potential credit losses, while authorities eased or delayed rules to help the industry respond.”

Participation in the FSB list is hardly a bragging point: inclusion of a banks means more stringent capital demands and closer scrutiny of their risk management. FSB member authorities apply the following requirements to G-SIBs:

Higher capital buffer: Since the November 2012 update, the G-SIBs have been allocated to buckets corresponding to higher capital buffers that they are required to hold by national authorities in accordance with international standards. The capital

The FSB panel, which recommends changes that national supervisors may implement, said shifts in the rankings reflect underlying changes in banks’ activity. The FSB is chaired by Fed vice chairman Randy Quarles, and includes representatives from authorities including the European Central Bank and Bank of England.