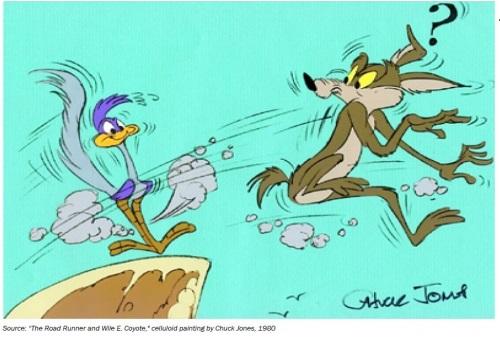 In such a highly polarized, politicized environment, is such a scrupulously objective study even possible?

Some people have concluded vaccines are not safe, regardless of their source or mechanisms. These people will never take any Covid vaccine.

Others will also decline a vaccine because they’ve concluded Covid is overblown.

Fair enough. But many other people conclude Covid is dangerous, partly because so little is known about its long-term effects (Long-Covid, Long-Haulers). Covid’s low mortality rate may be distracting us from its other more insidious consequences.

Authorities desperate to restart the economy and reassure the populace are poised to approve novel vaccines using a new mechanism to generate an immune response: messenger RNA (mRNA) vaccines.

I am not a scientist or clinician but I have followed scientific developments closely for the past 40 years and so I have a basic understanding of this new pathway.

I’m posting links below to articles that describe the mRNA vaccines in greater detail. All these sources are respected journals or media outlets.

Vaccines against viruses work by introducing an inactive virus or viral particle into the bloodstream where this new foreign particle activates our immune system to create antibodies against this specific virus. If the live virus infects us at some later date, our immune systems are already primed to identify and destroy the dangerous virus.

Messenger RNA was only discovered in 1961. DNA is the set of instructions, the “blueprint”, and mRNA is a key part of the cellular machinery that copies a strand of the DNA “blueprint” and builds a protein based on the DNA instructions.

Here’s a recent description of this mechanism from The Atlantic magazine:

“Moderna works on RNA vaccines–injecting not proteins but the molecules of nucleic acid that encode the instructions for building the proteins. Your cells use RNA to instruct their builders to make proteins all the time; the RNA is like the blueprints or schematics that tell the workers on the factory floor what to build.”

And here’s another description by a doctor writing in the independent.co.uk:

This is the hard-to-swallow truth about a future coronavirus vaccine (and yes, I’m a doctor)

“Moderna’s messenger RNA vaccine, on the other hand, is completely new and revolutionary to say the least. It uses a sequence of genetic RNA material produced in a lab that, when injected into your body, must invade your cells and hijack your cells’ protein-making machinery called ribosomes to produce the viral components that subsequently train your immune system to fight the virus. In this case, Moderna’s mRNA-1273 is programmed to make your cells produce the coronavirus’ infamous spike protein that gives the virus its crown-like appearance (‘corona’ is crown in Latin) for which it is named.”

Many in the field see the potential for mRNA to deliver superior vaccines because they can generate T-Cell responses as well as the conventional immune responses to viral particles. They are also easier and cheaper to manufacture, and may be stable at room temperature for a week, unlike the Pfizer vaccine which must be refrigerated at extremely cold temperatures.

But these are the first mRNA vaccines ever seeking approval for human use, and so there are no long-term studies of what might go wrong down the road.

The danger is that the mRNA could trigger an “all hands on deck” response that could then cascade into autoimmune disorders in which the immune system goes haywire and starts attacking the body’s own cells rather than limiting its destructive capabilities to foreign viruses, bacteria, etc.

One of my MD correspondents recently sent me an email which encapsulates these concerns.

“I’ve been reading about the Pfizer vaccine.

I’ve known for a while that it is an mRNA vaccine but it just hit me that it will be the first mRNA vaccine ever approved for human use.

If COVID was a ‘Steven King’ (kills-everyone) virus, sure, go for it–prevent the deaths and take what comes.

But mortality is low, acute treatments are improving, transmission is preventable, and the greatest risk now appears to be longer term morbidity.

mRNA vaccines by the very nature of their components elicit an interferon response that triggers generalized autoimmunity. This may, in fact, be part of the mechanism of longer term morbidity associated with COVID infection.

Mass introduction of mRNA strands into the populations may indeed reduce acute COVID morbidity and mortality, but how many autoimmune complications will result?

It would take years of carefully controlled and limited trials across all ethnic groups to find out.

Is the net good from a vaccine that fewer people die up front but a whole lot more folks suffer long term problems on the back end–especially (as seems likely) boosters will be required.

Shouldn’t there be a discussion before ‘immunity passports’ are mandated?

For that matter, shouldn’t we discover how long natural immunity lasts before trying to provoke induced immunity?

I’m dumbstruck that, with the proposed approval timetable, this path is even being considered at a population level, let alone considered without an extensive discussion.

First do no harm.”

Indeed. And then there’s the self-interest of those seeking rapid approval of the vaccines. As noted in the independent.co.uk article referenced above:

“But perhaps the most important question to ask about Moderna’s new messenger RNA vaccine is not scientific nor technical but one of ethics and morality. When it comes to the United States and its private healthcare system, pharmaceutical companies have a long and sordid history of putting profits over people and human lives.”

Why would anyone trust that Big Pharma corporations will act in the public good rather than in pursuit of maximizing profits?

The mad rush of profiteering Big Pharma corporations to own the first vaccine approved will create needless and potentially dangerous confusion about which vaccine actually works best over the longer term.

First, A Vaccine Approval. Then “Chaos and Confusion.” (NY Times)

“It has not yet dawned on hardly anybody the amount of complexity and chaos and confusion that will happen in a few short months,” said Dr. Gregory Poland, the director of the Vaccine Research Group at the Mayo Clinic.

“I can see people reading a lot into even minor differences that could just be statistical chance,” said Natalie Dean, a biostatistician at the University of Florida.”

The FDA has set the bar very low for Covid vaccines: the vaccine only has to be effective for 50% of those taking it to be approved. But as noted above, Big Pharma companies have mastered the art of statistical legerdemain that skew results so they look far more conclusive than they actually are.

If you’ve actually pored over Phase III drug trial results (I have), you find uncertainties have been papered over with statistical analysis techniques. Many medications are approved that only work less than half of the time in the real world.

Another healthcare professional correspondent recommended the book Tainted Truth: The Manipulation of Fact In America as a source for understanding how study data are manipulated to get the desired results.

The danger here in my view is the poorly-informed, politically polarized general public will assume a Covid vaccine is essentially 100% effective like a measles vaccine, when the real-world efficacy might be considerably less certain. Maybe the vaccines will only work for 75% of the recipients. How will anyone be able to tell if they’re one of the 25% for whom the vaccine offers only false confidence?

No one knows how long the immunity generated by these vaccines will last. These two uncertainties generate insurmountable doubts, very likely muddying the waters and making it more difficult to ascertain which vaccines actually work and for how long they offer immunity.

America’s choice to optimize healthcare profiteering (a.k.a. “shareholder value”) over the public good is about to reap a whirlwind. Our educational deficiencies won’t help, as a populace which has a limited grasp of statistics and basic biology has few means to sort the wheat of real-world results from the chaff of self-interested PR.

Maybe the mRNA vaccines will fulfill their promise the first time out of the gate, with near-perfect efficacy and long-lasting immunity. The problem is it will take a long time and careful, de-politicized, independently confirmed studies to reach any trustworthy conclusions.

In such a highly polarized, politicized environment, is such a scrupulously objective study even possible? In a system that rewards self-serving statistical analysis and “first to market,” a system where Big Pharma insiders reap millions of dollars selling their stock on the PR of happy-talk, is it even possible to have truly objective studies of a vaccine’s efficacy and long-term effects?

It seems doubtful. And that’s a problem that extends far beyond the unknowns of mRNA vaccines.

Here are some links on mRNA vaccines:

Become a $1/month patron of my work via patreon.com.