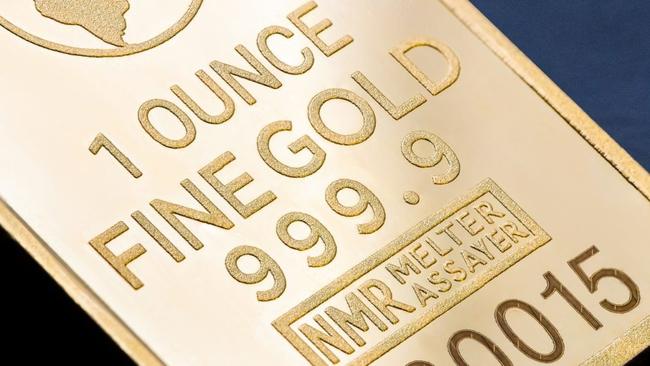 This summer, Peter Schiff and Jim Rickards discussed the possibility of $15,000 gold. In a recent interview. economist Rafi Farber took this line of thinking to the next level, arguing the dollar price of gold could eventually hit infinity – meaning simply that the value of the dollar will go to zero.

During the interview featuring Schiff and Rickards, Peter said the world is ultimately going to sever its relationship with the dollar. It will go off the dollar standard and back on the gold standard.

And I think this is going to be a more precipitous drop in the dollar’s value than it was in the 70s, so we could see something equally impressive in the price of gold.”

Rickards was willing to put a number on it. He projected $15,000 gold by 2025. He extrapolated some data to make his point. And he showed that given the M1 money supply in dollars, euros, pounds, yen and yuan – if you divide it by the official amount of gold, you get about $15,000 per ounce.

If you’re going to have a gold standard or even use gold as a reference point for money, if you need to restore confidence in the dollar, the implied non-deflationary price is $15,000 an ounce.”

Peter said it’s really a moving target because they are still printing money.

Between now and then, there’s going to be a lot of money that’s going to be printed, so who knows where the price of gold has to end up by the time we finish all the money printing?”

Well, how about infinity?

He argues that even in the current global fiat system dominated by the dollar, we are still fundamentally on a gold standard because gold is real money.

What most people still do not understand, even gold bugs, is that even today, right now, this second, gold is literally money. When you buy a carton of milk at the supermarket, you are not buying it with dollars or euros or yen or whatever. You are buying it with a gold intermediary called a ‘dollar.’ Dollars only have value right now precisely because they can still be exchanged for some (ever smaller) amount of gold.”

When the dollar becomes devalued to the point that you can’t buy any gold at all, the dollar is effectively dead. That could happen in a hyperinflationary environment.

In all hyperinflationary economies, the price of gold always approaches infinity. There is no exception to this rule, and I guarantee you the dollar will not be the first.”

Farber says the dollar is heading in that direction and that the dollar price of gold is going to infinity.

That does not mean that the value of gold will be infinite in real terms. That’s impossible. It simply means that the value of the dollar will be zero, and anything divided by zero is infinity. All real purchasing power will then be transferred to owners of real money in a frightening global transfer of wealth.”

Farber noted that before the Fed came into existence, nobody “invested” in gold. They invested in gold mines, but not the metal itself, because they understood gold is money.

You used gold for investment, not the other way around.”

Farber said now is not a good time to invest in anything “except maybe gold and silver mining stocks, which will effectively be the world’s central banks after the dollar collapses.”

He also said there wouldn’t be a global reset when the dollar collapses, although the powers that be will try.

Yeah, they’ll try, but new fiat cannot replace broken fiat. Mises’s Regression Theorem precludes this. Now is the time to protect yourself from monetary calamity by owning real money that cannot be inflated. If you have any sense and you are a productive person who values liberty, we are going to need you for the rebuilding of civilization. So protect yourself now. You are a valuable commodity.”

Farber is certainly talking about the extreme – the worst-case scenario. But even if we don’t see a total dollar collapse, the incessant money printing will continue to degrade the value of the dollar. That means the dollar price of gold will continue to rise over the longterm.