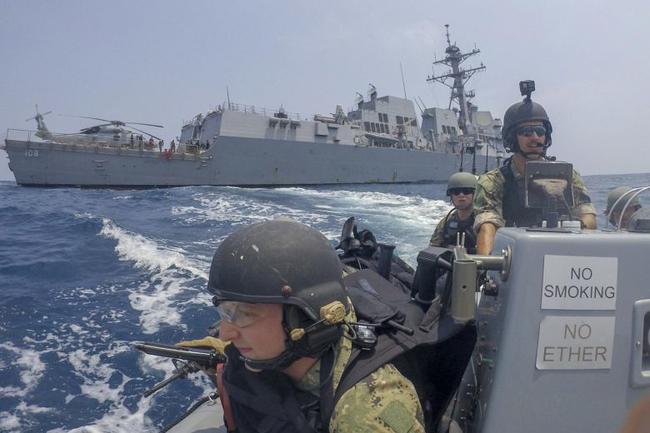 
In the wake of Defense Secretary Mark Esper’s firing early this week The South China Morning Post reports that leaders in Beijing are worried the sudden transition in the key Pentagon post dramatically raises the risk of accidental conflict, or at least signals a tougher stance out of an unpredictable US administration in its las 70 days in the White House.

And speaking of the new acting defense secretary, Zhou pointed out that “Miller has a strong special forces background. He joined the special forces and commanded it and specializes in surprise attacks and adventure operations.”

Beijing has viewed Esper as a more stable influence over the Pentagon and in Trump’s cabinet – for example when last month the Pentagon agreed to hasten talks over a ‘crisis communications’ hotline with Chinese PLA officials.

Zhou further cited increased US naval “freedom of navigation” exercises near China, as well as increased joint US-Taiwan military drills which though long remaining ‘unofficial’ and undeclared, have now become for the first time “official” – as with this week’s drills involving US Marines.

“The PLA leadership wonders if someone in the American military is going to take a risk and cause accidental conflicts with the Chinese military, especially in the South China Sea, following Esper’s termination.”

It does appear a sudden bolder US posture is making itself felt in the region, as Taiwanese media reports: “Taiwan’s Naval Command on Monday (Nov. 9) confirmed media reports that a contingent of U.S. Marines have arrived at the invitation of Taiwan’s military and will begin training Taiwanese troops for four weeks starting that day, marking the first public acknowledgment of U.S. Marines training in Taiwan in over 40 years.”

Pentagon finally confirms near total decapitation of civilian leadership in the last 24 hours. Secretary of Defense Esper fired Monday, the top Pentagon Policy official, top Defense Department intelligence official, and chief of staff to the Defense Secretary all out today

Meanwhile in Washington, some defense and intelligence officials have also expressed worry that Trump will be feeling more unconstrained and adventuresome when it comes to potentially provocative actions toward either China or Iran now that key officials in the Pentagon’s civilian leadership have left their posts.