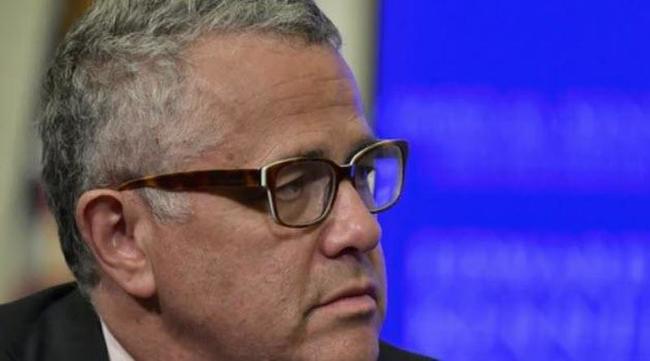 Toobin confirmed his firing in a Wednesday tweet, writing “I was fired today by @NewYorker after 27 years as a Staff Writer.”

I was fired today by @NewYorker after 27 years as a Staff Writer. I will always love the magazine, will miss my colleagues, and will look forward to reading their work.

In a memo to Condé Nast employees, executive Stan Duncan wrote: “I am writing to share with you that our investigation regarding Jeffrey Toobin is complete, and as a result, he is no longer affiliated with our company.”

“I want to assure everyone that we take workplace matters seriously. We are committed to fostering an environment where everyone feels respected and upholds our standards of conduct.”

Meanwhile, a New Yorker spokesperson told The Hill: “As a result of our investigation, Jeffrey Toobin is no longer affiliated with the company.”

After originally reporting on October 19 that Toobin had ‘exposed himself’ during the zoom call, Vice issued a late day correction to note that Toobin was actively jerking off.

Toobin told Vice that he had “made an embarrassingly stupid mistake, believing I was off camera,” before apologizing to his wife, family, friends and co-workers.”

“I believed I was not visible on Zoom,” he added.

CNN, meanwhile, has yet to take action against Toobin, who will quite literally never live this down.

He had an accident pic.twitter.com/Tw95kd4CGX

Would you say they’re giving you the shaft? https://t.co/8TYnZEiAK6

seriously though… thought you would have pulled it off to stay.