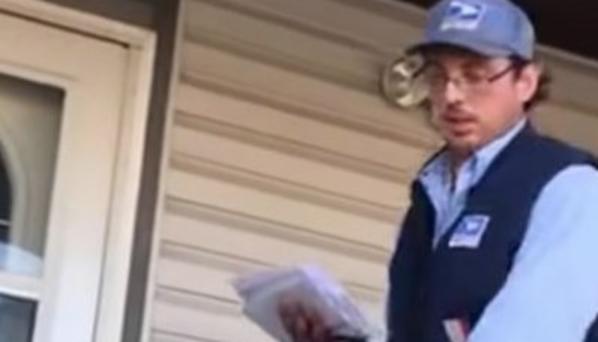 
On Tuesday evening, the Washington Post wrote that USPS whistleblower Richard Hopkins ‘admitted to fabricating’ allegations of voter fraud, when he claimed in a Project Veritas video that he overheard a postmaster in Erie, Pennsylvania instructing postal workers to collect and backdate ballots received after election day.

Citing “people who spoke on the condition of anonymity,” the Post now says that Hopkins – a Marine combat veteran – “signed an affidavit recanting his claims.“

Hopkins, however, says he did not recant.

In a Tuesday night interview with Project Veritas founder James O’Keefe, Hopkins says he was intimidated and coerced by federal investigators with the USPS Inspector General’s office.

“They were grilling the hell out of me,” says Hopkins, adding “I feel like I just got played.”

“I am trying to twist you a little bit, believe it or not, because in that – your mind will kick in,” said Strasser.

“We like to control our mind,” Strasser continues. “And when we do that, we can convince ourselves of a memory. But when you’re under a little bit of stress, which is what I’m doing to you purposely, your mind can be a little bit clearer and we’re going to do a different exerciser too, to make your mind a little bit clearer. So, but this is all on purpose.”

At the end of the interview with O’Keefe, Hopkins says that he stands by his original claim. Meanwhile, O’Keefe says there is more coming tomorrow on this.

Agent Strasser: “I am trying to twist you a little bit”

“I am scaring you here”…” we have Senators involved…DOJ involved…reason they called me is to try to harness.” pic.twitter.com/tK2JPu6Wqm

Attorney and conservative commentator Mike Cernovich suggested the Strasser was employing ‘an interrogation technique where the federal agent tries to use stress tactics to implant a false memory into the interview subject.’

Holy f*ck, this is an interrogation technique where the federal agent tries to use stress tactics to implant a false memory into the interview subject.

You rarely get stuff like this on audio. https://t.co/WZHyXOKaqB

Hopkins, meanwhile, has been placed on administrative leave without pay.

Richard Hopkins, a Combat Veteran and a marine with a daughter never asked to go public or for any of this. In the full interview released tomorrow, he said this harder than what he endured in Afghanistan.

The post office has placed him on non-pay status. pic.twitter.com/f054fa0D7I

O’Keefe said in a Tuesday night email “We are going to release such concrete evidence exposing your lies that you will all have eggs on your faces,” adding “Stay tuned, these people have no clue what’s coming their way.”