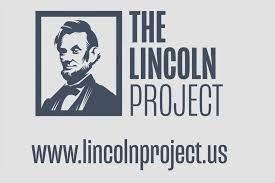 The Lincoln Project is airing a commercial today celebrating the end of the politics of division and personal attacks as Twitter removed a tweet (with a skull-and-crossbones emoji) from The Lincoln Project that sought to target lawyers simply because they represent the Trump campaign.

The crushing irony is magnified by the fact that Rep. Alexandria Ocasio-Cortez (D-NY) has called for liberals to start to assemble enemy lists of people who were “complicit” in the Trump Administration and the first entry was . . . you guessed it … the Republicans who founded the Lincoln Project. It is the reality of our doublespeak politics. Call it skull-and-crossbones civility.

The Lincoln Project called on its almost 3 million followers to hound and harass attorneys Carolyn McGee and Ronald Hicks for assisting the Trump team in its legal battle over mail-in ballots in Pennsylvania.

The Lincoln Project tweeted, “Make them famous,” to its 2.7 million followers along with an emoji depicting a skull-and-crossbones.  This is the targeting of lawyers who are doing their professional jobs in representing a client and raising allegations of voter irregularities. The Lincoln Project is clearly trying to unleash a campaign of harassment to deter them or other lawyers from taking such cases. Rather than allow the courts to simply rule on such legal challenges, the Lincoln Project is trying to scare off the lawyers.

At the same time, the Lincoln Project is airing a commercial of how we can finally “put people before politics” as they pursue people who are supporting Trump in court.

In the meantime, the members of Lincoln Project are being moved from the resistance to the reactionary category in the aftermath of the election. When asked about AOC’s call for a black list, Sanders surrogate Nomiki Konst helpfully noted that the first on the list would be people like the former Republicans in the Lincoln Project. She said that those people like George Conway are the “perfect examples” of people to be cancelled despite their work against Trump. That did not take long. After spending millions in support of Biden, Knost and AOC are calling for all such figures to be listed and held “accountable.”

The contrast is evident across the political spectrum as leaders herald Biden as the “healer” while denouncing Trump supporters. Former first lady Michelle Obama denounced “tens of millions of people voted for the status quo, even when it meant supporting lies, hate, chaos, and division.” Media figures have called Trump supporters racists and compared them to Nazis after the election while rejoicing that the era of personal division is over.

Lists are being compiled. The Trump Accountability Project, led by staffers who worked for former Mayor Pete Buttigieg and President Barack Obama, is making lists of Trump administration officials to hound them out of any employment opportunities.   Former Obama spokesman Hari Sevugan proudly tweeted “WH staff are starting to look for jobs. Employers considering them should know there are consequences for hiring anyone who helped Trump attack American values.

For those members of the Lincoln Project, it may be useful to remember the holds of our 16th President: “With malice toward none; with charity for all; … let us strive on to finish the work we are in; to bind up the nation’s wounds…”

Jones Day has issued a statement regarding election litigation (emphasis ours)

The Republican Party of Pennsylvania, through Jones Day, has sought review in the United States Supreme Court on the ground that the order is unconstitutional because it usurped the Pennsylvania General Assembly’s plenary authority to determine election procedures including the deadline for absentee ballots. The United States Supreme Court is currently deciding whether to grant certiorari. Four justices agreed with our client’s position, and voted to grant a stay, indicating that they believed there was a fair prospect of review and reversal by the Court. Three justices have issued a statement that there is “a strong likelihood that the Pennsylvania Supreme Court’s order violates the U.S. Constitution.” On November 6, Justice Alito ordered Pennsylvania election officials to segregate ballots arriving after the statutory deadline to preserve the issue and to have a record of the vote with and without the segregated ballots.

Jones Day will not withdraw from that representation.

Jones Day expects that the media will correct the numerous false reports given the facts set forth above, all of which were readily verifiable in the public record.