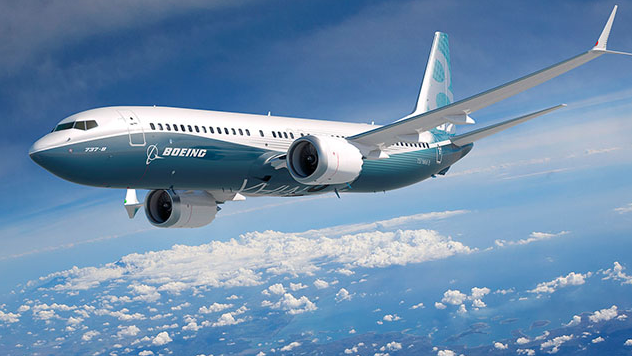 
Boeing shares soared as much as 3% pre-market Tuesday following an overnight report via Reuters detailing how the troubled 737 Max has entered the final review stage with the Federal Aviation Administration (FAA) in evaluating proposed changes to the aircraft.

As many as three sources, familiar with the matter, told Reuters the FAA could lift a grounding order on the Max as early as Nov. 18.

“We expect that this process will be finished in the coming days, once the agency is satisfied that Boeing has addressed the safety issues that played a role in the tragic loss of 346 lives aboard Lion Air Flight 610 and Ethiopian Airlines Flight 302,” FAA Administrator Steve Dickson told FOX Business in a statement.

Dickson continued: “The FAA continues to engage with aviation authorities around the world as they prepare to validate our certification decision.”

“Even though we are near the finish line, I will lift the grounding order only after our safety experts are satisfied that the aircraft meets certification standards,” Dickson added.

Even before the Max can return to the skies, airlines must update the software on each plane, and pilots must complete retraining classes – both could upwards of 30 days or more.

Max groundings have been in effect for more than 1.5 years. Boeing shares have been cut in half as the company sustains tremendous financial damage from the mishap, along with pressure from the coronavirus pandemic, which has collapsed the travel and tourism industry, resulting in a plunge in air travel.