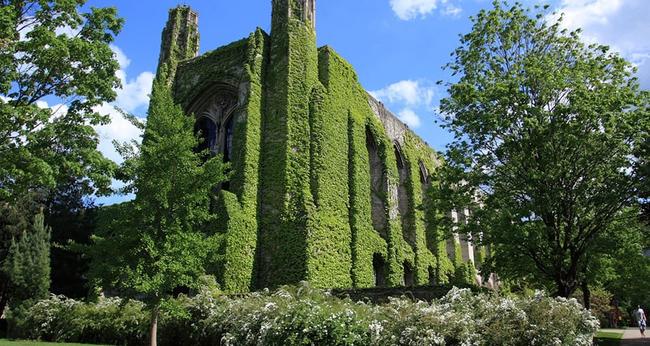 
Submitted by Samuel Abrams, via RealClearEducation

Northwestern University is in the midst of significant protests and violence surrounding the “NU Community Not Cops” movement, which intends to march every day until the school abolishes its university police. University president Morton Schapiro has condemned the violent student activity, which has disrupted businesses and local neighborhoods, defaced property, and violated laws and university standards. Students have “moved well past legitimate forms of free speech,” Schapiro says, rightly.

This is no isolated incident, however. Disruptions and violent incidents often appear to be more common at elite schools – not just Northwestern but others such as USC, UC Berkeley, Middlebury College, and Claremont McKenna College, to name a few.

Thanks to the new 2020 College Free Speech Rankings from RealClearEducation, the Foundation for Individual Rights in Education (FIRE), and research firm College Pulse, empirical evidence confirms this suspicion. The rankings are based on the largest study of student attitudes about speech to date, sampling some 20,000 students. It turns out that students enrolled in the country’s most elite schools are appreciably more willing to shut down speech and expression with which they disagree than the overwhelming majority of college students at non-elite schools.

These tendencies appear to have some correlation with general political views. Almost three-quarters (71%) of those students in the most prestigious universities (the top ten schools, based on U.S. News rankings) identify as liberal, with only 15% calling themselves conservative. The numbers look notably different as school ranking levels decline.

At schools ranked between 50 and 99 on the U.S. News scale, 51% of students are liberal, compared to 26% conservative. Conservative students are much harder to find at Harvard, in other words, than at the University of Minnesota. Forcomparison, 28% of Americans in general presently identify as conservative.

These ideological differences are critical as far as speech is concerned because they shape how students respond to speech that they dislike.

Distressingly, nearly two-thirds of college students (63%) in schools around the country believe that it is acceptable to remove flyers and announcements regarding a speaker of whom they disapprove. Yet that proportion is considerably higher at elite schools, where nearly three-quarters of students (73%) at the top 10 institutions think that removal of flyers is justifiable, compared to 60% who agree at schools ranked 50 and below.

Nationally, 37% of college students believe that it is acceptable to block an entrance and try to prevent others from entering a room to hear a speaker. At top 10 schools, that figure reaches 50%, compared with barely a third of those at schools ranked 50 and below who felt the same way.

These survey results reflect real differences among students on college campuses toward suppressing freedom of expression. Thanks to the survey’s large sample, we finally have clear evidence that students at the nation’s most elite schools are generally more ideologically extreme compared with students at other schools; they are far more willing than the student bodies at other colleges as a whole to shut down speech that they find objectionable. It should thus come as no surprise that these elite schools make more headlines when it comes to speakers being shouted down or protests spilling into the streets of their nearby communities.

On a more encouraging note, America’s less-elite schools clearly have greater ideological diversity among their students – and less willingness among them to accept the suppression of free speech.