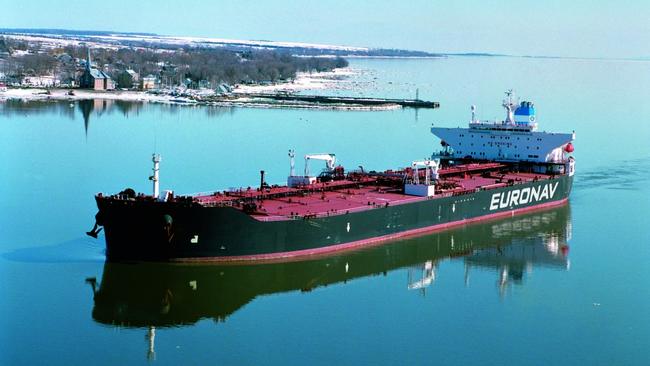 
By Greg Miller of Freight Waves

Speaking on Thursday’s call with analysts, De Stoop was explaining why Euronav is pulling forward required drydockings from H1 2021 and will drydock nine of its tankers — 15% of its fleet — this month and December.

“When you’re in the drydock, you’re not earning money,” he said. “It’s like those guys retrofitting scrubbers in a market that was absolutely fantastic [in H2 2019]. This is the opposite. This is a good moment, from a market perspective, to not be out there in the market.

“Two months down the road, you could have some event that is not foreseen and the market could be ripping. So, you want to do [drydockings] when you know the market is not very good, and you want to do as many ships as possible.”

Euronav seems to be effectively throwing in the towel on hopes for a strong fourth quarter, even though this period usually enjoys a big seasonal boost.

According to De Stoop, “The usual seasonal backing of improving demand for oil into the key winter period has not gained traction.

During a conference call Thursday, Robert Bugbee, president of product-carrier owner Scorpio Tankers, argued that the two markets are diverging.

James Doyle, Scorpio Tankers’ senior financial and research analyst, said that refined-product floating storage peaked at 107 million barrels in May and was down to an average of 36 million barrels in October. “We’ve seen a continued decline,” said Doyle, noting that the normal average is around 10 million barrels.

The other argument for product tankers over crude tankers is that large new refineries are ramping up in the Middle East and old refineries are shutting down in Europe and Australia. As a result, refinery capacity is getting closer to crude production and further from end consumers.

This means that refined products should travel longer distances by ship, and conversely, crude oil could travel shorter distances. Shipping demand is measured in “ton-miles”: volume multiplied by distance.

“The crude-oil market does not have the same dynamics of inherent ton-mile demand growth that the product market does,” said Bugbee. “The opening of these Middle East refineries is positive for products. It’s at best neutral and at worst detrimental for crude-oil ton-miles.”

Scorpio Tankers Commercial Director Lars Denker Nielsen cited estimates that 2020 product-tanker demand will end up at 225 billion ton-miles. That would be unchanged from 2019. But ton-mile demand for 2021 is estimated to be 236-237 billion, up 5%. “If true, that is a lot more ships that have to move in addition to where we are now,” said Nielsen.

“I’m going to go out on a limb and say there will still be a winter in the Northern Hemisphere,” said Bugbee.

But to take the other side of the crude-versus-product-tanker debate: First, rates for both types of ship are very low historically for this time of year. Second, product-tanker executives have been making the same argument on ton-mile demand growth for many years and it hasn’t done much for rates. And third, shares of product-tanker owners have significantly underperformed shares of crude-tanker owners.

Regardless of ship category, the Clarksons data shows a significant drop versus the 2015-2019 average.

Meanwhile, year-over-year share trends have clearly diverged. Among the larger pure crude-tanker owners, Euronav is down 33% and DHT is down 34%. The product-tanker shares are also clustered — at a much weaker level. Ardmore Shipping is down 66%, while Scorpio Tankers is down 70%.

After the closing bell on Wednesday, Scorpio Tankers reported a net loss of $20.2 million for Q3 2020. That compared to a net loss of $45.3 million in the same period last year, while adjusted losses per share came in at 37 cents, better than consensus expectations for a loss of 42 cents per share.

“Euronav is without question the bellwether of the crude tanker market,” said Stifel analyst Ben Nolan. “Unfortunately, right now that makes them the best house in a bad neighborhood.”

Or, as Evercore ISI analyst Jon Chappell more colorfully put it, Euronav is like “a mint mansion in 1980s Detroit.”