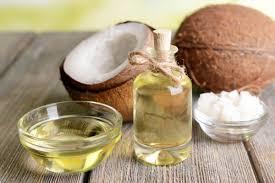 Bali’s economy is heavily dependent on tourism, which obviously has not been doing so hot this year due to COVID-19. With many students facing hardships to pay tuition, one university in Bali is now accepting coconuts, moringa leaves, and gotu kola leaves instead of cash.

The coconuts are then processed into coconut oil by the Venus One Tourism Academy, which is a college that specializes in teaching hospitality services. The coconut oil, along with moringa and gotu kola, are then made into herbal soaps.

At that point, students have the opportunity to practice their entrepreneurship skills, and sell the soap to raise money for themselves and the university.

This might sound like a publicity gimmick. But the school has actually been accepting coconuts for payment since March, and only recently did the media catch wind of the program.

And why not? These items actually have real value and use. Plus, students take part in a real world economics lesson; harvesting raw materials, processing them into a more valuable product, and then marketing and selling that product.

Bali has hit some tough economic times, and this is a way to keep creating value regardless. In this case, Bali is suffering from the lack of foreign dollars injected into its economy. In the West, the actual stability and value of the dollar, as well as other currencies, is at risk of inflation due to the massive amounts of money printing. There’s nothing of real value to back it up– such as gold or increased economic output.

Don’t take this as an apocalyptic prediction. The world is not going to end, even if the dollar does. But right now, everything is on the table, and it makes sense to think through worst case scenarios.

We often discuss the benefit of keeping some gold or silver on hand that could be used as money in an emergency– after all it has a 5,000 year history of value. And of course there are other ways to store value– art, antique weapons, or productive land to name a few.

But these are not always easily transported and traded, or immediately useful.

So let’s discuss some other ways to create “money” in an emergency, worst case scenario.

What you can do about it:

Coconuts alone are not a great medium of exchange. They are bulky, perishable, and not everyone likes to eat them. Soap, on the other hand, is universally valuable, relatively compact, and does not go bad. If it was scarce, the value would increase accordingly– that’s just basic supply and demand economics.

The same thing applies to dried beans or grain, for instance. They store well, can be eaten, but in typical times, they are not hard to come by. However, if supply chains suffered and food became scarce, their value would increase.

The added benefit of dried beans is that they can be planted to make more. You can create your own money, just like the Federal Reserve.

Grain, too, has another use. Like the coconuts, it can be processed into a product with more value– in this case whiskey or just any old alcohol.

That can be used for sanitation purposes or fuel. It’s relatively compact, and doesn’t go bad. It can even preserve foods that would rot on their own, and extract the medicinal properties of certain plants.

Plus, drinkable alcohol is also one of those few products which remains in demand no matter what happens in the world.

So alcohol is better money than grain. But a money printer is more valuable than a stash of money.

If you own a whiskey still, you can serve as the clearinghouse for other people’s stored grain (or basically anything else that can be fermented into mash).

Just like when the college makes the coconuts collected by the students into soap, the processor controls the final, more valuable product.

By the way, real soap is made from a chemical reaction between fat and lye. Almost any fat will do– it used to be common to use animal fat (who has seen Fight Club?).

Lye is a little harder to come by, but it can be produced by running water through wood ash. But make sure you know what you are doing, and use caution, as lye is extremely corrosive and will burn your skin.