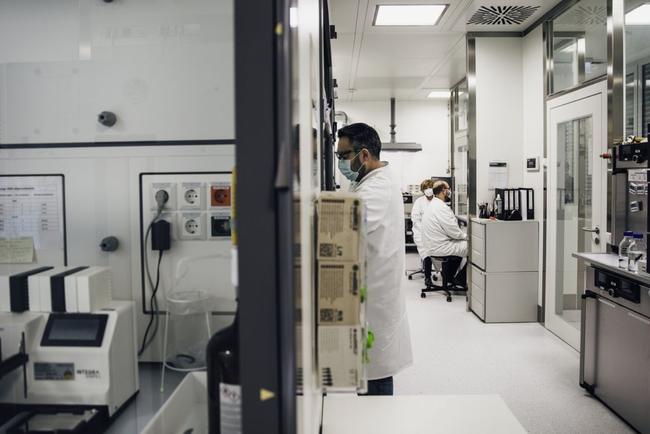 
Christmas has come early for Pfizer and BioNTech, apparently. The US pharma giant has partnered with the German biotech firm on what is currently one of the leading – if not the leading – vaccine project in the West. And after announcing just days before the election that the next batch of critical data likely wouldn’t land  before Americans head to the polls, now that the Biden-Harris ticket has prevailed, Pfizer and its partner have released data showing its vaccine is more than 90% effective.

According to data leaked to WSJ, the vaccine proved to be more than 90% effective in subjects who developed the virus and saw at least one symptom.

With markets already in a jubilent mood following the outcome of last week’s election in the US, the news sent the STOXX 600, Europe’s main equity benchmark, rocketing 2.5% higher. Shares of Pfizer also gained 6% on the news, while shares of BioNTech shot up 14%.

US benchmarks rallied, led by the Russell, as the value-rotation trade was back on…

…shares of the Nasdaq tech giants that led the market during the worst of the lockdown were seeing their shares ebb once again.

Yields moved higher on the news.

Brent Crude even saw its biggest intraday move since June on the report, which has elicited an extremely positive reaction in the market, a sign that investors see this as nothing short of a breakthrough in the battle against COVID-19.

Meal-kit provider HelloFresh dropped 13%, making it the worst performer in the Stoxx 600 as the rest of the market surged.

Unlike the AstraZeneca-Oxford vaccine, which ran into some still only vaguely explained delays, the Pfizer-BioNTech vaccine relies on messenger RNA technology, which effectively encodes immunity to the virus directly into human genes.

In summary: Biden in, COVID out.