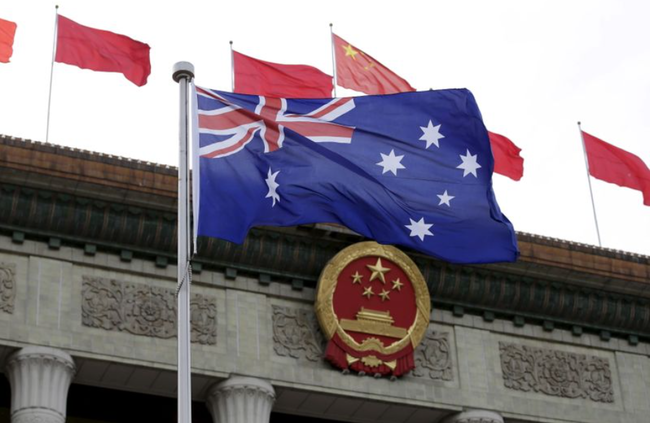 Since last week regional reports have said Chinese buyers were warned by Beijing not to purchase seven categories of Australian goods, which has set Canberra and firms across the continent on edge given China is recipient of nearly one-third of all Australian exports.

Starting Friday Australian media reported the following commodities will be subject to increased inspections upon reaching port in China:

This after last month a ban was placed on some timber and barely shipments, commonly used in animal fodder and beer production. Beijing subsequently vehemently denied the charge of discriminatory actions. As Reuters summarizes of where things stand, there’s little that can be “confirmed” of the rumors and allegations:

Trade minister Simon Birmingham said Chinese officials had publicly and privately denied any coordinated effort was being taken against Australia, and said he hoped Beijing “is true to its word”.

“They deny any discriminatory actions that are being taken. But that doesn’t seem to be what industry is seeing and hearing at present,” he said on radio station 5AA.

A Chinese source briefed on the matter said that trade in the goods was effectively halted for now, and other products such as beef could be affected in future.

“It was not an absolute order, but a suggestion,” the person said, declining to be identified due to the sensitivity of the matter.

It appears for now that China is leveraging the ability to blame nebulous ‘delays’ on mere bureaucratic inspections procedures.

The Morrison government has urged China to “play by the rules” as billions of dollars are on the line. However, Beijing is clearly in the driver’s seat.

Australia calls for China to ‘play by the rules’ after reports of multibillion-dollar trade bans https://t.co/cNVS0Y9DH2

For example over a week ago Australian media documented at least one instance of tons of premium shellfish apparently left on a Chinese airport tarmac to spoil.

And in another more recent example:

A Beijing-based wine importer and distributor told Reuters his customs agent in Shanghai was called to a meeting last week and warned that Australian wine would no longer be processed by customs after Nov. 6.

An employee at the company was also called to a meeting in Beijing on Monday and told that Australian wine would not be processed “until other issues were addressed,” he said.

It remains unclear as to what the “other issues” were, according to the report.

Via Trading Economics: Australia exports to China was US$103 Billion during 2019, according to the United Nations COMTRADE database on international trade.

Prime Minister Scott Morrison has recently slammed Australia’s biggest trading partner as practicing blatant “economic coercion” with regard to an increasing array of its exports.

Prior to the pandemic, Chinese travelers made up by far the largest source of tourism for Australia, according to one industry report accounting for $12.4 billion of the $45.4 billion tourism brought into to the country each year.