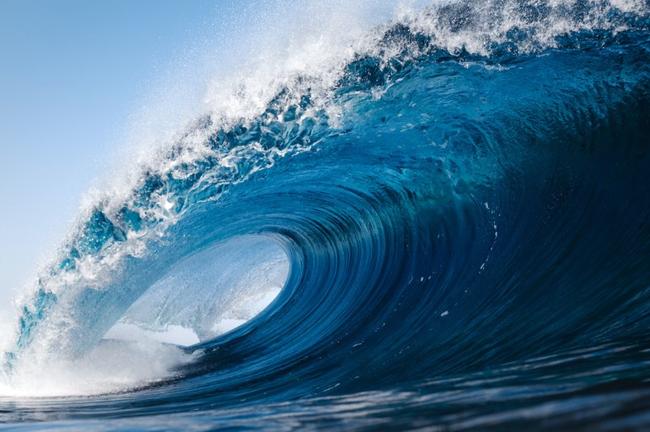 That’s the start of David Kostin’s latest Weekly research report, in which he writes that while online polling markets ultimately correctly predicted the outcome of the presidential election (absent an unprecedented overturning by the Supreme Ciurt of an election that the MSM has already called on behalf of Biden), the polls were way off in their broad pro-Democrat bias, and the result has been a dismal showing for Democrats who not only lost seats in the House, but failed to gain control of the Senate. As he explains, “a Blue Wave did not materialize early on election night as many pollsters had predicted. Almost as shocking to investors as Trump’s improbable victory in 2016 (just 22% on the day before the election) was the fact Democrats failed to capture a Senate majority and actually lost seats in the House.”

Yet while Wall Street had pivoted to making a Blue Sweep the best possible outcome for risk assets ahead of the election, the eventual outcome showed not only how clueless financial strategists are, but how it is always price that makes the narrative: as Goldman reminds us, the equity market responded to the November 3rd outcome with a powerful rotation.

On the day after Election Day, many of the popular Democratic sweep trades fell while positions likely to benefit from a divided government rallied sharply. For example, a basket of infrastructure spending beneficiaries fell by 5%, renewable energy stocks fell by 2%, and 10-year US Treasury yields fell by 14 bp. The Pharmaceutical industry and the NASDAQ-100 index each rallied by 4%.

This comes from the same Goldman which in November said that a Blue Sweep was great for stocks, writing that a blue wave would “likely prompt us to upgrade our forecasts. The reason is that it would sharply raise the probability of a fiscal stimulus package of at least $2 trillion shortly after the presidential inauguration on January 20, followed by longer-term spending increases on infrastructure, climate, health care and education that would at least match the likely longer-term tax increases on corporations and upper-income earners.”

So, will Goldman now downgrade its forecasts?

Underscoring Wall Street’s revisionism, on Friday JPMorgan’s Marko Kolanovic wrote that the election outcome “likely eliminates the Blue Wave scenario” which suddenly is “one of the most favorable scenarios for the market. A GOP senate majority should ensure that Trump’s pro-business policies stay intact (tax code, deregulation), and if Biden is confirmed we should be able to expect an easing of the trade war (which should boost global trade and corporate earnings growth).”

Which we think would have been a more detrimental outcome for the market given a planned increase of corporate taxes (negative impact on earnings) and capital gains taxes (immediate selling of momentum/growth stocks), and potential for more progressive policies that would have negatively affected the market. Finally, there is also the potential for less market volatility (e.g. no more market disrupting tweets). Lower volatility could result in inflows to risk assets (e.g. inflow in volatility sensitive strategies like vol targeting, etc).

Well, yes: with stocks enjoying a nearly 8% increase in the election week, it would be rather foolish of Wall Streeters to go back to their original thesis that a Blue Wave is bad for risk, and so we observed the greatest pivot in history since… 2016, when everyone predicted that a Trump victory would crash the market. The opposite happened, and we witnessed a similar case of unprecedented “thesis drift.”

However, the greatest irony would emerge if after being written off for dead, a Blue Wave ultimately does emerge: as Kostin writes, “our client discussions since the election indicate that most investors believe a divided government is the most likely situation for the next two years. But what if the “Blue Wave” outcome has only been delayed by two months?”

Here’s why: as we explained last week, the 117th Congress begins on January 3rd, but Senate control will not be known until after Jan. 5, 2021. Based on the latest information, the Senate split appears 50 Republicans and 48 Democrats. Neither the regular nor special Georgia Senate races had a candidate capture more than 50% of the votes, so a run-off will take place between the two leading candidates in each race.

So if the Democrats win the presidency and both Georgia seats, Vice President Kamala Harris would break the tie, giving Democrats control of the Senate. Here, it’s worth noting that the odds of Democrats winning both races are very slim, with Republican David Perdue well ahead of his Democrat challenger Jon Ossoff in the first race…

… while the second one will see two GOP candidates, Kelly Loeffler and Doug Collins combine to take on Democrats Raphael Wornock and Deborah Jackson, with the republicans comfortably leading their democratic challengers.

In any case, assuming there is yet another shock outcome, Kostin notes that the policies of a Biden administration would differ dramatically depending on the results in Georgia.

So what would be the equity implications of such an event, however unlikely it may be?

Before we get into the details of Goldman’s explanation, we’d like to point out the obvious: stocks will continue ripping higher, because as we have said repeatedly, to markets it does not matter who the president is, as long as the Fed and central banks keep injecting liquidity, which as we showed yesterday, they’ll keep doing.

Going back to Kostin, he writes that since markets generally do not like uncertainty, the 6% rally in equities since Election Day suggests investors now expect a divided government, reducing the uncertainty associated with the potential for major policy changes.

To be sure, since 1928 the median 12-month equity return during periods of divided federal government (12%) has typically exceeded the typical return when one political party controls Washington, DC (9%). Indicatively, Goldman’s unchanged S&P 500 year-end 2020 target remains 3600 (+3%) which would result in a calendar year return of 11.4%.

So while there still remains some confusion as to what Trump will do now that the election has been called for Biden, according to Goldman, in 2020 the big source of uncertainty is control of the Senate rather than the White House.

One more point here: looking at betting markets, Kostin notes that although the likelihood that both Georgia Senate seats flip from Republican control to Democratic appears very low, markets indicate that those probabilities are rising. As shown in the chart below, while prediction market odds of a Democratic sweep plummeted from 51% to 9% on Election Day, but have since risen to 23%. Policies that just a few days ago were the base case outlook for many investors, including over $2 trillion in virus-related fiscal spending, a potential infrastructure package, and the prospect of higher corporate tax rates, could suddenly again become possible. This, as Goldman previously explained, “could potentially lead to a higher level of corporate profits and equity prices, but they would also increase investor uncertainty.”

Ultimately, if we have yet another dramatic reversal in January and a Democratic Senate majority materializes after all, the Blue Wave/Divided government trades should reverse once again.

Here, Goldman’s advice is that “portfolio managers should at least consider the prospect that Cyclicals could benefit from huge stimulus and more government borrowing could lead to a steeper yield curve that would benefit Financials and be less friendly to long-duration, high-growth Tech stocks.”

He concludes that beneficiaries of Trump’s 2017 tax reform might be exposed to higher corporate rates, parts of the Health Care sector could face regulatory scrutiny, and some Energy firms could be forced to contend with strengthened environmental regulations.

So is a Blue Wave only a figment of Goldman’s imagination? Perhaps, but consider this: stock prices, like prediction markets, appear to be reflecting a rising risk of this outcome: as Kostin concludes, “at the end of this week, infrastructure stocks and rate-sensitive Financials recovered some of their post-election decline, while Tech stocks slipped.”