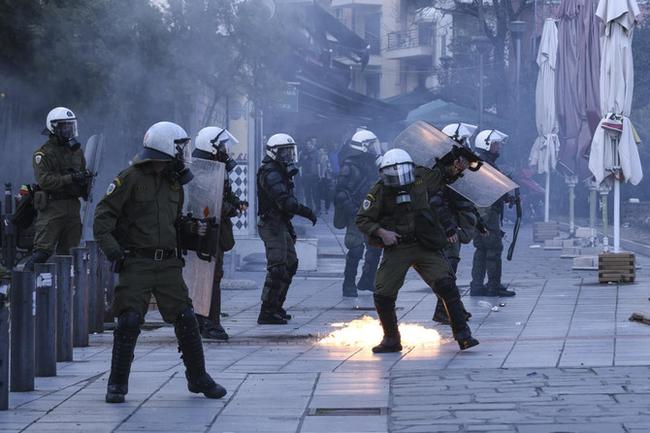 
Within the past weeks a number of countries across the globe, including France, Israel, and most recently the United Kingdom have been plunged into a second lockdown as coronavirus cases rise just ahead of the winter months.

Greece is the latest to announce a nationwide strict lockdown which takes effect Saturday. Police have threatened to enforce regulations and hand out stiff fines of up to 300 euros. The new lockdown rules include a ban on all non-essential travel and the wearing of masks indoors and outdoors in any public place.

Here are the far-reaching restrictions being enforced across Greece, or what people are “allowed” to or not do, according to Greek media source Ekathimerini:

Meanwhile, similar to a trend we recently saw in Paris, long lines of cars were seen leaving major cities, especially the capital of Athens just before the lockdown took effect.

Cars drove out of Athens as long lines formed at stores on the day before Greece goes into a second nationwide lockdown amid COVID-19 for three weeks. All stores except those selling essentials will be closed. https://t.co/B9FZ5FaXNY pic.twitter.com/C6P39Us8Pu

Like in other major European cities that have again come under stay-at-home orders, many Athens residents appear to be fleeing urban areas for the countryside and family villages in hopes of avoiding conforming to the regulations altogether.